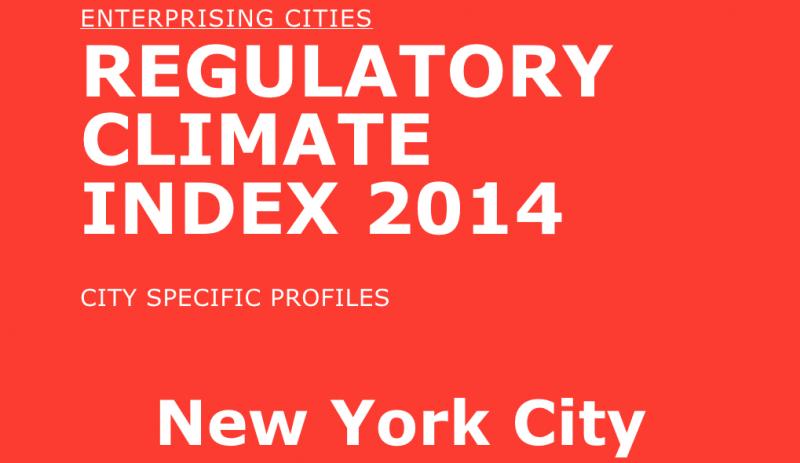 New York City has been the symbol of opportunity and freedom since the 1800s. It has endured two recessions, the global financial crisis, and the tragedy of 9/11 to remain the global center of cultural and economic activity. The city is diverse, with more than 800 languages spoken across a metro-area population of 19.8 million people and more than 8.3 million living within the city.

New York City is the largest metropolitan area in the United States. The city is the commercial center of the country and the magnet of entertainment, fashion, finance, media, and culture, with dozens of the world’s top publicly traded companies headquartered in New York. The region’s economy generated $1.35 trillion in gross metropolitan product in 2012—larger than that of Spain. The economy is growing annually at a rate of 3%, which outpaces the growth rate of the U.S. economy and other developed countries. New York City and its economic and cultural communities recognize the challenges that the city faces.

Among the cities under review, the 2014 Regulatory Climate Index ranks New York City in 10th position, with the first place representing the most efficient regulatory environment.

New York City is below the average performance of the 10 cities covered in the report in 2014. The largest city in the United States is also the most burdensome for small businesses and entrepreneurs across areas of business regulation.

New York City is an economic and cultural powerhouse. New York City has emerged as a hot spot for start-up technology companies—an East Coast counterbalance with the financial wherewithal to match Silicon Valley. Applied Sciences NYC, Cornell Tech NYC Campus, Columbia Institute for Data Science and Engineering, and New York University’s Center for Urban Science and Progress have all developed programs to spawn the next class of urban-focused über-technologists. These efforts show the commitment of the city, business community, academia, and other parties to making innovation a critical driver of economic growth.

Despite New York City’s prominence as the largest urban economy, it is encumbered by increasingly high costs of living and doing business. These costs are 1.5 times the national average. These challenges are reflected in data from the Partnership for New York City on the scaling of small companies in the city. Research shows that between 2003 and 2010, New York City saw no net growth in the number of firms with 50 or more employees. Moreover, of the 220,000+ businesses in the city, 88% have fewer than 20 employees. The Partnership also found significant challenges for business with local employment regulations.

The city government, business community, nonprofit organizations, and professional organizations have banded together to work through the challenges. New York City has become a global leader in reaching its citizens through digital channels and engaging with constituents on city issues. The city has passed legislation to eliminate unnecessary regulatory burdens on small businesses and has created a direct channel to communicate with the city’s Commissioner of Small Business Services. Moreover, businesses cite the tax and regulatory burden as excessive in the city. Job creation and economic growth depend on a strong partnership between government, the private sector, professional organizations, and educational institutions; New York City is on that path.

Overall, New York City has a poor performance in the assessment across 5 areas of business regulation benchmarked against the 10 cities in the report. Entrepreneurs and small businesses face a number of procedures for compliance and high adminis- trative costs to comply with regulations in the city. These regulations are already on top of expensive costs of doing business. New York City is 10th in the overall ranking and should intensify its efforts to make local regulations more welcoming for small businesses and entrepreneurs.

See the attached PDF below for more detailed charts and graphs relating to New York and the 2014 Regulatory Climate Index.
File: