One World Trade Center and the Resilient Skyline 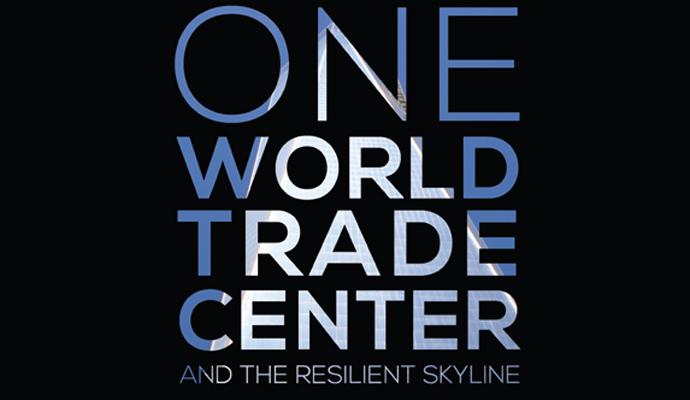 When a city’s skyline changes, it’s usually a sign of growth or progress. Whether it be a new skyscraper or a soaring monument, the shape and contour of that structure can often redefine how people see a city. In the case of New York City, its skyline was once changed because of an act of terror. Today, it is being changed again because of an act of resilience.

Rising from the site of the original complex in Lower Manhattan stands One World Trade Center, a 1,776-foot gleaming structure of glass and steel that declares, “We’re back.”

It is the tallest building in New York City, the tallest in the Western Hemisphere, and the third tallest in the world. Similar towers (albeit shorter ones) are already under construction for the 16 acre site, but there is no doubt upon seeing the World Trade Center complex that it will once again be a center of commerce for businesses in the Big Apple and around the world.

Where just a dozen years ago there was nothing but smoldering ruins and a center of national mourning, One World Trade Center has risen and with it a purpose, attitude, and fortitude to build out of a tragic history while keeping eyes firmly locked on the future. No one looking at the rising, gleaming structures today who were alive on September 11, 2001, could begin to imagine what would come out of the shattered ruins of the fallen towers. For those who lived through that day, whether in New York City or watching from afar, it is impossible to forget the ruinous heartbreak of 9/11. Yet when you look at these new shining structures, that sense of loss is now being embraced by feelings of renewal and hope.

For as traumatic as the attack on 9/11 was, those feelings of loss, heartbreak, and even anger are not entirely unique. They are the same feelings that people along the Gulf Coast felt following the destructive paths of Hurricanes Katrina and Rita in 2005, the New Jersey coastline in 2012 after Hurricane Sandy, or after F5 tornados struck the town of Greensburg, Kansas in 2007; the city of Huntsville, Alabama, in 2011; or most recently the suburbs of Oklahoma City in 2013.

Whether by terrorism, rampaging natural phenomenon, or accident, unforeseen events have occurred that have forever changed the fabric of a community and the skyline of how we look at them. The challenge in the aftermath of any destructive event is to make the community whole again—physically, mentally, and operationally.

In the case of restoring a central section of the “City that Never Sleeps,” it also means respecting the memories and emotions evoked by the site itself. For as much as Lower Manhattan is a center for commerce and part of New York City’s iconic skyline, the World Trade Center grounds are also a place where nearly 3,000 people perished. As such, fully half of the site is dedicated to the National September 11 Memorial & Museum. The noise and clamor of 3,500 workers a day bringing steel, glass, wiring, and other materials together to build the World Trade Center is balanced with the quiet, solemn remembrance by the six million memorial visitors who have travelled to the site since it opened on the 10th anniversary of the attacks. Resilience does not mean ignoring the past for the sake of the future.

While there is no doubt that al-Qaeda and its 19 hijackers had as their goal attacking America, it was ultimately the structures and operations of The Port Authority of New York & New Jersey that were in their fixed crosshairs on September 11th. As the owners of the World Trade Center site, the Port Authority has had the challenge of leading the local recovery and rebuilding effort. With the exception of U.S. government and military installations, no other organization in America has had its operations and facilities specifically targeted and successfully attacked by terrorists.

Already one of the nation’s most significant business leaders, the Port Authority also operates five of the region’s airports, two bi-state tunnels and four bridges, the bi-state PATH rail transit system, and port facilities that make business and daily life in the country’s most populous region possible. Cars, passengers, fuel, food, and other goods pass through its hands every day, making the Port Authority more than a cog in the wheel of international commerce; it is one of the leading stewards.

Given the 9/11 attacks, the World Trade Center bombing in 1993, the LaGuardia Airport bombing of 1975, and the continuous threats and plots against the area, its personnel, and its users, the Port Authority understands the costs and consequences of its operations. For Port Authority staff, resilience is personal. They know that even when their operations are dramatically interrupted, they have to keep going because commerce and the well-being of many depend directly on them. Such are the implications and lessons of resilience.

The world does not stop because conditions and circumstances change. The ability to respond and adapt to new situations, regardless of how unfortunate they may be, is often what distinguishes victims from survivors. With each unforeseen event or unfolding threat, the willingness to plan, prepare, and respond becomes an essential part of moving forward. These powerful lessons are often woven into a community’s post-event recovery, lessons that allow residents and workers to be smarter, better, and stronger than before. It’s also an attitude that is shown on the faces of the workers at the World Trade Center site. From the construction workers to pipefitters to engineers and crane operators, the chest-bursting pride of what they are assembling is not lost on any of them. It can probably be best summed up by a simple yet direct phrase seen on stickers on the insides of service elevators, well-worn hardhats, the inside of steel I-beams, and even the occasional tattoo: “Made in America.”

New York City is not alone in the challenge of recovery and resilience. It is part of a fraternity of cities around the country that have endured destruction and persevered. Residents along the Gulf Coast rebuilt in the destructive paths of Hurricanes Katrina and Rita. Today, New Orleans and many other locations on the Gulf Coast are home to some of the fastest growing places for entrepreneurs and small businesses. By repairing neighborhoods and rebuilding school systems (and, in the case of New Orleans, adding new levee systems to hold back approaching storm waters), the Gulf Coast continues to be a place of resilience in action.

In 2007, an F5 tornado destroyed the town of Greensburg, Kansas, which has today rebuilt itself to be one of the greenest cities in America. All of its city buildings meet the highest LEED standards. We see further inspiring and admirable efforts in Huntsville, Alabama, struck by a tornado in 2011, the New Jersey shoreline following Hurricane Sandy in 2012, and we will see the same in the suburbs of Oklahoma City that were recently devastated by deadly tornadoes.

Resilience is the application of knowledge, information, and appreciation, blended with character, spirit, and fortitude. Much like a changing skyline, resilience always arises in different shapes and forms depending on where it is employed. Yet it also shows a uniform endurance that is the hallmark of every great American story—the comeback.

As the finishing touches are put on One World Trade Center, the massive building reflects sunlight for miles during the day and shines like a beacon in the night all the while mirroring the activity around it. It is a monument to the spirit of resilience, rising above the New York City skyline and the tragedies of the past, declaring an America that always stands “open for business.”