Touting the Intersection of Health and Business 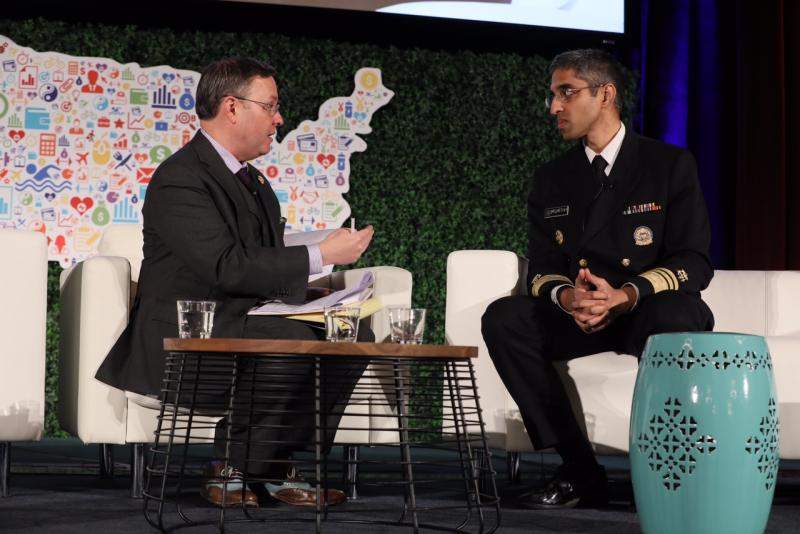 U.S. Surgeon General Vivek Murthy, right, speaks with Richard Crespin, CEO of CollaborateUp, about businesses and their impact on community health. Photo by David Bohrer for the U.S. Chamber of Commerce Foundation.

Business leaders and health advocates gathered Wednesday to tout and reflect on a two-year effort to make communities healthier and wealthier.

“We believe that every business can play a role in bolstering the health of their communities and their future workforce,” said Elyse Cohen, executive director of the Health Means Business Campaign and director of the health and wellness program at the U.S. Chamber of Commerce Foundation’s Corporate Citizenship Center.

The HMB campaign is a program of the Corporate Citizenship Center, spearheaded by financial support from the Robert Wood Johnson Foundation. This week’s summit has gathered hundreds of attendees, with speakers including the U.S. Surgeon General, Huffington Post and Thrive Global Founder Arianna Huffington, and executives from WebMD, the Washington Redskins, and KIND.

The central theme of the summit is the clear intersection between community health and business prosperity.

“We believe that businesses, large and small, have a critical role to play,” said Risa Lavizzo-Mourey, president and CEO of the Robert Wood Johnson Foundation. “Businesses actually drive culture in so many ways. If you want to scale something and really take it to a new level, business absolutely has to lead the way.”

The Health Means Business campaign launched in April of 2015 and has featured public forums in 12 cities, where city and business leaders discussed ways to partner on community health initiatives.

The campaign has also featured the creation of the Health Means Business Champions Network, which is designed to showcase examples where community and health leaders have collaborated on projects to build both health and economic prosperity.

Ten of these collaborations will be recognized Thursday during the presentation of the inaugural Healthy10 Awards.

The HMB campaign has come at a time of increasing concern for the health of Americans. Government statistics show that 17% of the nation’s gross domestic product is spent on health care, the highest percentage among developed nations. Meanwhile, businesses cite $226 million in productivity losses each year due to sick, injured, or absent employees.

“The private sector has the talent, vision, and influence to help reverse these negative health trends,” Cohen said. “The business community is a vital link to addressing these concerns.” 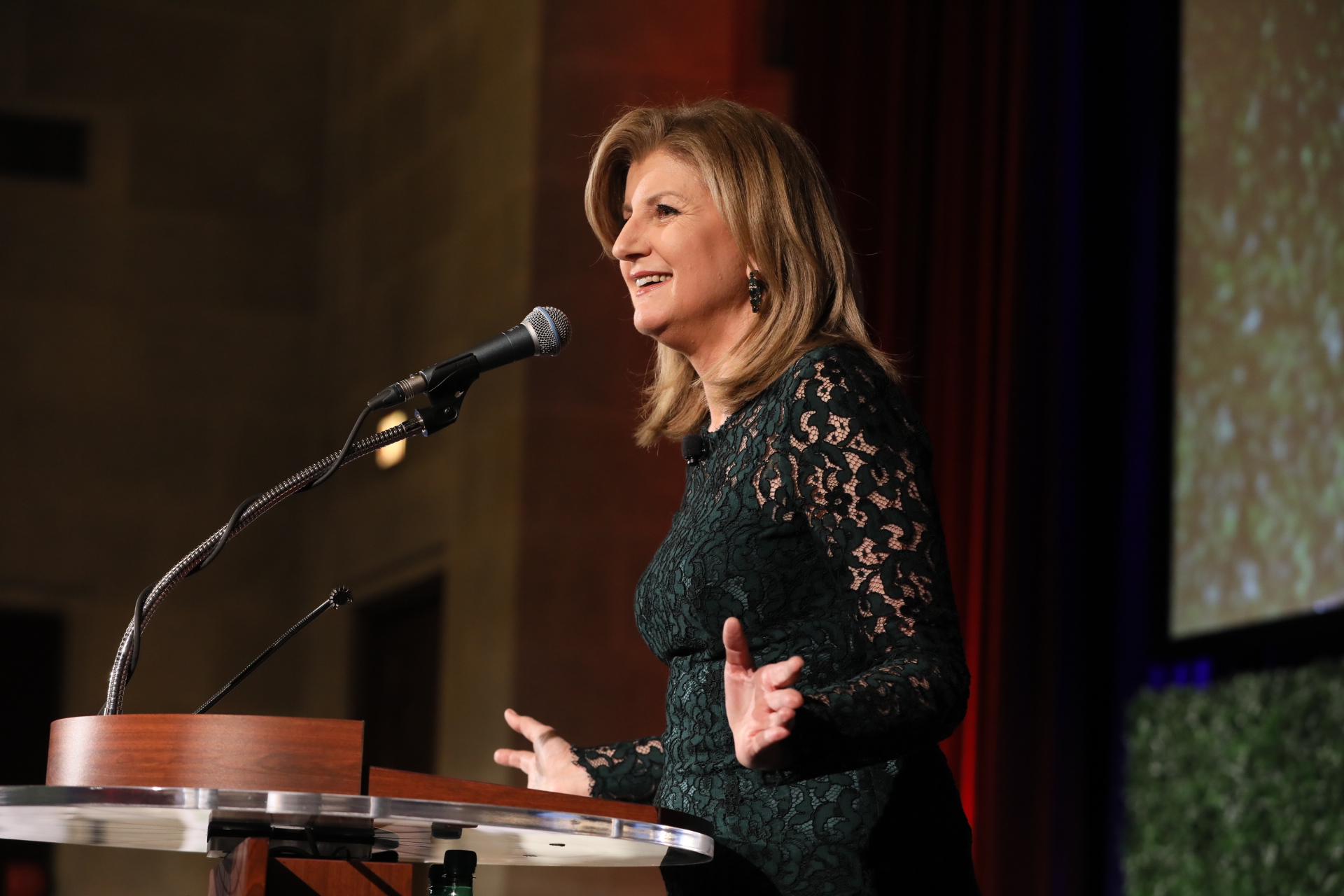 Huffington reiterated her long-held belief that employee stress and lack of sleep is leading to an unhealthy—and unproductive—workforce. She cited a figureclaiming that burnout is costing the American economy as much as $300 billion annually.

“Many people are dealing with a lack of emotional well-being, but they don’t often feel like there are environments where they can be open and talk about that,” Murthy said. “Nine times out of ten, when we create spaces for people to talk about their mental health, people respond, especially if there is leadership by example.”

The Health Means Business National Summit continues Thursday with further discussion about the business case for community health, and recognition of some of the top collaborations between businesses and community health advocates. Click here for a full agenda.