U.S. Chamber of Commerce Foundation / BHQ / Driving the Economy With a Big Dose of Data

Driving the Economy With a Big Dose of Data 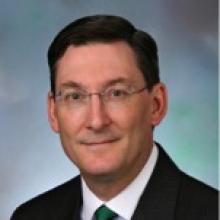 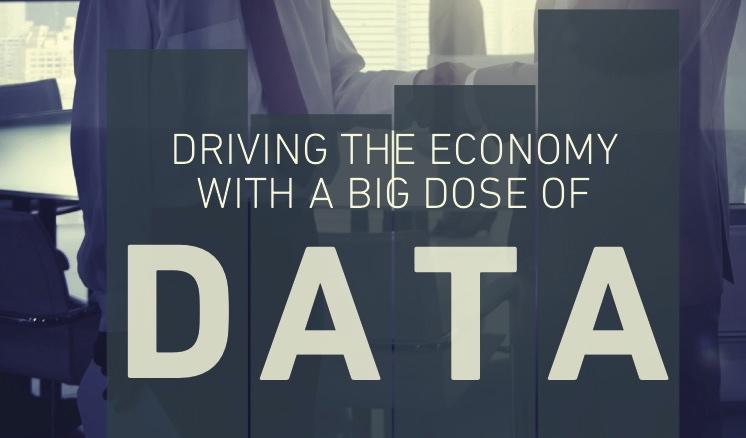 It is available via PDF here.

Knowledge has always played a crucial role in economic activity and higher living standards. Fortunately, our capacities are about to radically improve as new technologies and greater access to more and better data makes it possible to understand, control, and change much more of the world. This will have significant effects on the economy and living standards.

Big Data is best understood as a tremendous resource that new technology finally allows us to transform into actionable information. The benefits of this resource, but not its costs, increase rapidly as data is shared. Just as the builders of the first oil well in Titusville, Penn., could not have envisioned the combustion engine and airplanes, we cannot foresee all the uses of cheap, abundant data. Yet, a number of studies have recently tried to estimate at least some of the impact of better use of data. All predict large gains.

There is little doubt that Big Data is having a significant impact on the economy. Yet, that impact is difficult to measure. One reason is that the domestic use and international exchanges of data do not always show up in economic statistics. If access to large amounts of data is used to build a new business that sells consumer data to advertisers, the fees advertisers pay for the information will be counted in national income. But if better data allows hotels to meet the individual preferences of their guests without charging them more, all of the benefit will be captured as consumer surplus. The customer is better off, but because the price of economic transactions remains the same, national income is unchanged. If improved visibility into its supply chains lets a retailer cut its prices in half, national income and perhaps employment would actually fall, at least until customers spent the savings on other items.

As data becomes more accessible, it will affect the economy in a number of ways, all of which can be loosely encompassed as being part of the data-driven economy. According to a recent Organization for Economic Co-operation and Development (OECD) report, these impacts include:[1]

A recent McKinsey report estimates that improved use of data could generate $3 trillion in additional value each year in seven industries.[2] Of this, $1.3 trillion would benefit the United States. McKinsey also estimates that more than half of this value will go directly to consumers in the form of things like shorter wait times in traffic, improved ability to comparison shop, and better matching between schools and students. The rest will go to companies that either create new products centered around the use of data or use data to gain an edge over their competitors. Walmart, GM, and other companies are already using Big Data to offer new products, improve their margins, and take market share from their rivals. Walmart’s use of Big Data to streamline and improve its supply chain, for example, has led to a 16% increase in revenue over the last four years.

A study led by Erik Brynjolfsson at the Massachusetts Institute of Technology found that firms that adopt data-driven decision making achieve output and productivity that is 5% to 6% higher than what would be expected given their other investments and use of information technology.[3] This advantage also applies to other business measures, including asset utilization, return on equity, and market value.

Big Data is also having an enormous impact on international trade. Data flows are the fastest growing component of international trade. Another McKinsey report found that global flows of trade, finance, people, and data increased world GDP by between $250 billion and $450 billion each year.[4] Economies with more international connections received up to 40% more benefit than less connected economies.

Big Data will have a disproportionate impact on many industries. A 2013 report commissioned by the Direct Marketers Association measured the size of the data-driven marketing economy (DDME), defined as the set of firms that produce marketing services focused on individual-level consumer data for marketing firms. In 2012, producers spent about $156 billion on these services, creating employment for about 676,000 people.[5] The implication is that the buyers of this information derived at least this much value from it. Importantly, it found that roughly 70% of this value and employment depended upon moving data between firms.

The study found that the main benefit of the DDME was that it made marketing more efficient by allowing companies to avoid sending solicitations to individuals who were unlikely to buy their products and to target prospective customers with offers that better matched their needs and interests. A second benefit was that, by matching specific marketing efforts with results, sellers were able to improve their effectiveness. The DDME also reduced the barriers to entry for small manufacturers because it lowered the cost of obtaining and using high-quality consumer data. This benefit would not be available unless a robust market was allowed to exist in consumer data.

Because of their increased importance as an economic resource, restricting data flows can seriously hurt national welfare. A study by the European Centre for International Political Economy and the U.S. Chamber of Commerce concludes that implementation of the European Union’s proposed General Data Privacy Regulation would reduce EU exports to the United states by between 0.6% and 1%, undoing much of the potential impact from the proposed Transatlantic Trade and Investment Partnership.[6] The negative results were reduced because the regulation would replace national data restrictions that are already in effect and would allow for workarounds, such as model contract clauses and binding corporate rules to substitute for direct regulation. Eliminating these workarounds would have an even larger effect, reducing EU exports to the United States by 4.6% to 6.7% and EU GDP between 0.8% and 1.3%.

Further emphasizing the importance of data mobility, the Omidyar Network recently released an economic analysis of governments adopting Open Data policies.[7] The study concludes that implementation of these policies could boost annual income within the G20 by $700 billion to $950 billion. Significantly, the benefits come in a wide variety of forms, including reducing corruption, improved workplace conditions, better energy efficiency, and a reduction in the regulatory costs associated with international trade.

The quest to gather and use consumer data has also generated a large increase in Internet advertising. A recent McKinsey study found that these ads underwrote the delivery of a range of free Internet services that delivered significant benefits to Internet users.[8] The study estimated that in 2010, these services generated a social surplus (the excess of benefits over costs) of €120 billion. Significantly, 80% of this surplus went to consumers. Consumers will only continue receiving these benefits so long as advertisers get value from funding them.

Then there is the impact on the labor market. Data analysis has been labeled “the sexiest job of the 21st century.” One estimate finds that there are already around 500,000 Big Data jobs in the United States. Still, the McKinsey studies point to a serious shortage of managerial talent capable of understanding and acting on Big Data. Most visible are the data experts with advanced degrees in statistics, computer engineering, and other applied fields. McKinsey estimates a national shortage of 140,000 to 190,000 people. But just as serious is the shortage of 1.5 million managers and analysts in traditional jobs who are capable of asking the right questions about the data and acting on the answers. Also important are the line employees who must properly implement data strategies. In fact, the inability to find and keep workers with even moderate math and statistics skills is already placing limits on business profitability. The demands of the data-driven economy will only exacerbate the current shortage of well-educated workers.

Big Data represents one of the largest untapped resources yet. Thanks to continued advancements in information technology, it is finally being tapped. Together with the rise of the Internet of Things, it constitutes a general purpose technology. Such technologies have broad impacts on the economy and society. The full impact from Big Data and related technologies will be spread out over several decades. This is partially because the use of any new resource or technology often requires a significant transformation of the status quo. It takes time for people to think of new ways to use the resource and implement the necessary transformations. Nevertheless, the promise of Big Data is transformative and its economic impact expansive, cascading and world changing.

[5] John Deighton and Peter A. Johnson, The Value of Data: Consequences for Insight, Innovation & Efficiency in the U.S. Economy, Direct Marketing Association, 2013.

Hiring in the Modern Talent Marketplace
Robots Are Taking Our Jobs, Right?
Why Economic Success is So Connected to Quality Childcare
This form needs Javascript to display, which your browser doesn't support. Sign up here instead