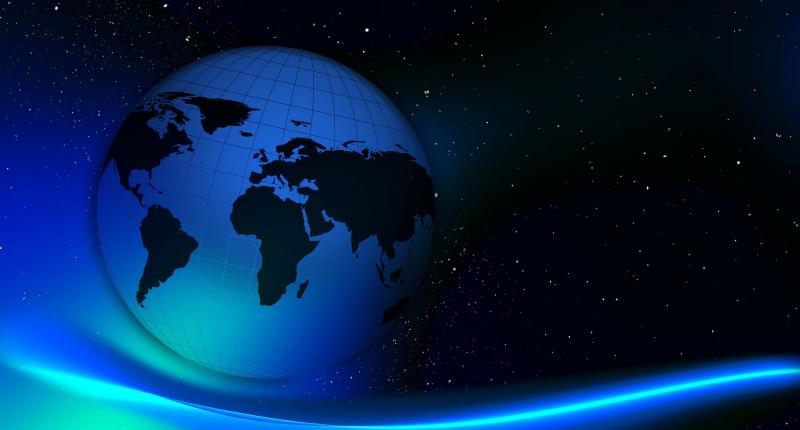 No force in history has done more to lift humankind from poverty and sustain global prosperity than free enterprise and free markets. Today, we see the next exciting chapter in this story unfolding: The emergence of the Internet and digital trade can serve as a powerful, new engine of growth and development — if we allow it.

The Internet is increasingly the key unifying factor in so many aspects of the global economy. It creates connections worldwide, allows thriving markets to develop, and catalyzes economic growth. It allows 2 person startups to compete on quality with established multinationals — and win by providing better products.

The Internet economy represented $2.3 trillion or 4.1% of global GDP in 2010 and is expected to reach $4.2 trillion and 5.3% by 2016. These numbers may underestimate the economic importance of a connected world, where 75% of the value is received by non-traditional Internet companies, such as banks and manufacturers. One recent study has shown the benefits of a secure, stable, and interoperable Internet reaching as high as $190 trillion by 2030.

And the benefits are not just economic.

The Internet of Everything will unleash social innovations worldwide, with a multitude of benefits from providing access to safe drinking water to allowing for mobile medical diagnosis and treatment in remote regions.

However, there is a growing threat that restrictive and divergent approaches by many governments may impede these promises from being realized. Worldwide, we’ve seen many governments take a reactionary stance to rapid advancements in digital commerce. Sometimes there is a legitimate need to update outdated regulatory frameworks, but failing to to strike a balance that encourages innovation can have huge costs.

Concerns over government surveillance have often been conflated with commercial use and access to data, resulting in overly burdensome privacy rules that fail to address the identified objective. There are also sincere attempts to update data protection policies for modern uses, but the tendency to draft prescriptive requirements can render impossible many everyday uses of the Internet that consumers and businesses expect, such as fraud prevention and employees processing human resources data for payroll. Rules are often written with social media in mind, imposing unnecessary and costly burdens on banking, manufacturing and health care.

There has also been a trend to attempt to bar the transfer of information across borders and require that data be stored locally.  Localization may not help security in the slightest, but it certainly serves to raise costs and deny users access to the best available technology.

There are other trends of government capture or overreach, as seen in the actions of authoritarian governments that are asserting greater control in Internet governance in order to limit the activities of civil society and stifle dissent.

There are solutions to these problems. For example, trade agreements — such as the Trans-Pacific Partnership (TPP), Transatlantic Trade and Investment Partnership (TTIP), and Trade in Services Agreement (TiSA) — allow the creation of global rules that preserve the ability to transfer data across borders and prevent forced localization. There are also numerous data transfer mechanisms help ensure that strong data privacy standards are being met and data is protected wherever it is stored, processed, and transferred. These tools are a just a starting point: More work must be done to ensure global cooperation to encourage the growth of digital trade.

To this extent, the recipe for fostering digital trade for flourishing innovation and job growth should include policies that:

·      Preserve the ability to transfer data across borders through provisions in trade agreements and bilateral and multilateral data transfer mechanisms.

·      Prohibit requirements for local data storage or mandatory use of local servers or other ICT equipment in order to ensure end users have access to the best available and most secure technology.

·      Create data protection regimes that accommodate different types and uses of data and facilitate the digital activities that users expect.

·      Continue to promote the bottom up multi-stakeholder model for both standards development and Internet governance.

The Internet developed with the cooperation and support of the private sector, academics, and government, resulting in the greatest period of sustained innovation and growth since the Industrial Revolution. In the absence of heavy-handed regulation, the benefits of digital commerce have expanded across the world.

The Internet of Everything can be the next stage in the development of the digital economy, with potential benefits for billions of people. Rather than focusing on restrictive rules to protect incumbent interests, governments around the world must commit to crafting a balance that ensures we stay on the path towards growth.

Myron Brilliant is Executive Vice President and Head of International Affairs at the U.S. Chamber of Commerce.
Internet of Everything
Data