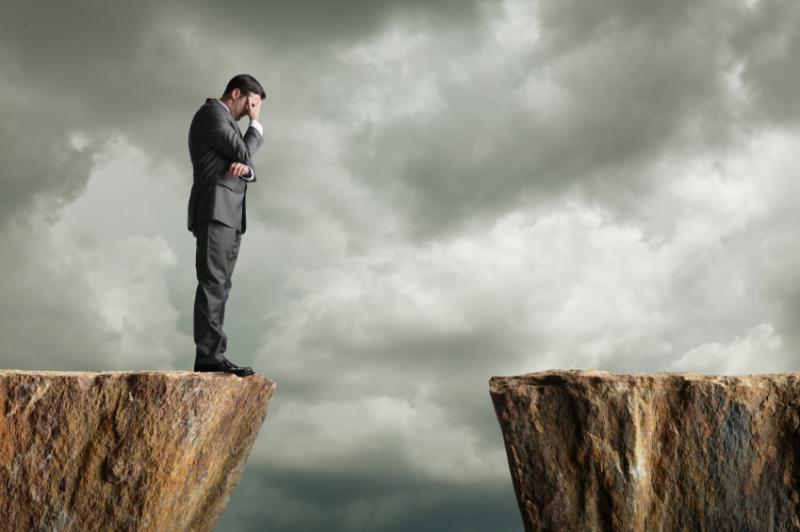 In the November 2011 State of Young America poll conducted by Young Invincibles and Dēmos, half of Americans aged 18 to 34 surveyed said they expected to be worse off than their parents. Even more disconcerting, more than three-quarters of those surveyed believed that the American middle class was disappearing. The bleak moods behind these findings are unsettling at best—alarming at worst—and are underscored by the latest Center for Labor Market Studies research indicating that teen and young adult employment rates have dropped to a new post-World War II low. In fact, teen and young adult employment rates have declined 1% per year for the last 23 years.

How can we allow young adult employment rates continue in freefall when high school graduation rates have increased nearly 20% in some states over the past 10 years? For starters, high school training alone (which typically leads to jobs averaging only about $15 per hour) is no longer an adequate preparation for a middle-class career. Twenty-first century employers demand employees with work skills coupled with substantive and relevant academic training. And while the solution to this problem would seem straightforward—connect education to jobs by training our young people for in-demand careers—the task of closing the skills gap has been daunting.

The good news is that there is clear opportunity. The U.S. Bureau of Labor Statistics estimates that 14 million new jobs will be created over the next 10 years for holders of associate’s degrees. The bad news is that right now our community college graduation rates have stagnated at 25%, with graduation rates in some cities as low as single digits. The reasons for these low success rates are that only 45% of high school graduates are prepared for college-level work in mathematics, and only 30% have what it takes to pursue college-level work in the sciences. The future of U.S. competitiveness—and the prospects for a generation of America’s young adults—depends on our ability to turn this situation around.

This won’t be the first time that America has stepped up its game to meet the demands of a changing world. Throughout the 20th century, we strengthened our commitment to education and training as labor markets required more sophisticated workers. Education beyond the eighth grade was optional through the early part of the century, when skilled (and even unskilled) laborers could earn enough to participate fully in the economy. By the middle of the century—and after World War II—we grappled with and instituted a change by raising the bar for mandatory education. High school graduation became the common standard, with a new generation taking advantage of the G.I. Bill, another major change that allowed large numbers of people to pursue postsecondary education. This change in U.S. policy helped create a large and stable middle class, and ushered in the longest period of economic competitiveness and sustained prosperity in American history.

Change is required once again, as the need to adapt our educational requirements to marketplace demands has never been more pronounced. Perhaps now is the time to bring to scale the innovative grades 9 through 14 schools model—pioneered in New York City and being replicated in Chicago—that offers desperately needed innovation and change to tackle high unemployment and rejuvenate the sagging middle class.

In the fall of 2011, the New York City Department of Education, The City University of New York, and IBM opened the Pathways to Technology Early College High School (P-TECH) in Brooklyn’s Crown Heights neighborhood—among the city’s most challenging and distressed. This innovative grades 9 through 14 school will confer both the high school diploma and an associate’s degree in technology, the culmination of a rigorous academic program in which the curriculum maps to skills required for entry-level positions with IBM. P-TECH is not a charter school, and does not have special admissions requirements. It is located at the former site of another school, and therefore did not require new construction or a special budget.

P-TECH’s unique curriculum was developed through close collaboration among the public schools, higher education, and the private sector. This involved mapping skills required for entry-level, high-paying jobs at IBM with the curriculum required to meet academic standards. To help achieve these high standards, each P-TECH student works with an IBM volunteer mentor for academic reinforcement and guidance in the development of workplace skills. And as students in P-TECH’s inaugural class prepare to enter 10th grade this fall, they look back on a year of significant achievement:

A critical component of the P-TECH model is that every student who finishes the six-year program becomes “first in line” for jobs at IBM. Inspired by the success of New York P-TECH, Chicago Mayor Rahm Emanuel backed the opening of five P-TECH model schools in September 2012 in partnership with IBM, Motorola, Verizon, Cisco, and Microsoft.

At the national level, U.S. Secretary of Education Arne Duncan has released a Blueprint to Transform Career and Technical Education. Secretary Duncan’s game plan calls for all CTE schools to be developed and funded in accordance with core principles of the P-TECH model. Those principles include strong public-private partnerships between educators and industry, a link to labor market data showing real employment growth, and innovative models that define success by connecting skills to career advancement. The Blueprint also calls for reauthorization of funding for the Carl D. Perkins Vocational and Technical Education Act—the core economic incentive for CTE programs across the nation.

The federal Blueprint clearly is a positive step, and will go a long way toward encouraging large-scale reforms to link education more directly to real jobs. But leaders such as New York Mayor Michael Bloomberg and Chicago Mayor Rahm Emanuel—along with their partners from the public schools, higher education, and the corporate sector—already have demonstrated that Congressional consensus is not required to affect educational reforms.

Business and government leaders with the will to embrace reform, a commitment to change, and the foresight to help young adults lead productive lives and contribute to their communities, can act now. IBM created the STEM Pathways to College and Careers Schools Development Guide to provide step-by-step instructions that any city or state can follow to create its own grades 9 through 14 model school in collaboration with interested corporate partners and motivated higher education providers. These innovative programs are recipes for success for our next generation, for the communities in which they live, and for a nation that needs their skills.

TPM Resource Guide: A Compendium for High-Quality CTE
'I Seek to Be Part of the Solution.' Inspiring early enthusiasm for science.
Taking Action on Childcare
This form needs Javascript to display, which your browser doesn't support. Sign up here instead