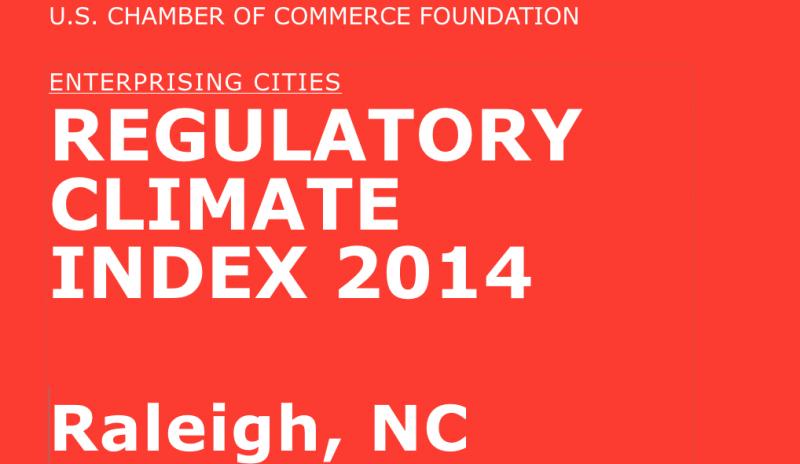 Raleigh, the capital of North Carolina, is a diverse economy without a single dominant industry. The Greater Raleigh economy is built on three universities, a strong downtown core, and the Research Triangle Park, which is home to 170 companies across many industries, including life sciences, information technology, and manufacturing. Greater Raleigh’s economy produced $61.3 billion in gross metro product in 2012. Raleigh has a population of 423,000, with more than 1.1 million in the metro area.

Raleigh is a growing midsize city where the costs of doing business are low, office rents are affordable, and human capital is rich. Nearly half of Raleigh’s population has attained a bachelor’s degree or higher. Raleigh routinely shows up on top-10 lists for attracting highly skilled workers, families, and careers. The city is transforming itself into a vibrant and diverse economy focused on building a strong downtown core, with a particular emphasis on public transit. Raleigh also strongly emphasizes building businesses from the ground up and encouraging entrepreneurship.

Among the cities under review, the 2014 Regulatory Climate Index ranks Raleigh in third position, with the first place representing the most efficient regulatory environment. The Technical Appendix provides a detailed description of the construction of the Index.

The overall score of the Regulatory Climate Index is the simple average of the scores of five areas of regulation. While Raleigh ranks third overall (score of 73.7), it ranks sixth in Starting a Business (85), first in Dealing with Construction Permits (99), fourth in Registering Property (76), third in Paying Taxes (63), and eighth in Enforcing Contracts (45).

Raleigh ranks third in the 10 cities covered in the report, with an above-average performance of regulations facing small businesses.

What Raleigh is Doing Well

Greater Raleigh has a number of initiatives and programs to encourage entrepreneurship and small business creation. The Greater Raleigh Chamber of Commerce, the city government, and local economic development agencies have devoted significant resources to build a vibrant start-up community. Programs including Raleigh SCORE, the Council for Entrepreneurial Development, and Raleigh’s Small Business and Technology Development Center are helping the city and region’s small businesses grow and create new jobs.

Statewide initiatives such as SuccessNC work with the 58 community colleges across the state to improve the pathways to careers for students and to fill the skills gaps. Another initiative—HQRaleigh—provides Raleigh entrepreneurs with resources, downtown coworking space, and business mentorship. Greater Raleigh’s Research Triangle Park—one of the world’s largest research parks—is being reimagined as a vibrant urban-oriented facility through partnerships with local universities and new venture capital. The city and the business community are building a strong future for the region.

The city of Raleigh and Greater Raleigh Chamber of Commerce provide assistance to businesses by educating them with local regulations and licensing information. Relatedly, the city of Raleigh and the region were ranked at the top of the Kauffman Foundation’s Small Business Friendliness index for training and networking programs. Such organizations as Raleigh SCORE and HQRaleigh host seminars on compliance with local regulations and licenses for specific issues facing start-ups. The wealth of information concerning compliance with local regulations facing entrepreneurs and small firms shows the city’s commitment to a strong business environment.

Overall, Raleigh’s local regulations place an easy burden on business. The city is third in the overall ranking, reflecting its continuing efforts to develop programs and initiatives to strengthen the business environment, provide access to capital, and encourage economic growth at the local level. Raleigh is poised to be a leader among smaller U.S. cities, and its business community will grow on the strength of its entrepreneurs and small businesses.

See the attached PDF below for more detailed charts and graphs relating to Raleigh and the 2014 Regulatory Climate Index.