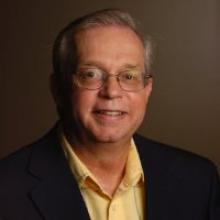 Chris Laborde is the Senior Transportation and Incident Management Planner at the New Orleans (LA) Regional Planning Commission.  In that role he directs projects that address disaster preparedness and the continuity of business operations, while building community resilience via public-private partnerships.  Additionally, he oversees transportation projects, while placing emphasis on the protection of the Transportation Critical Infrastructure Sector.

Prior to his current position, Laborde spent over 30 years of executive and management experience in chamber of commerce, economic development, and national security affairs initiatives, with a heavy emphasis on strategic partnerships, in Louisiana and Georgia.

And Laborde has worked with and served on numerous U.S. Chamber of Commerce policy committees, including Small Business, Procurement, National Security Affairs, Association of American Chambers of Commerce in Latin America (AACCLA), and the Corporate Citizenship Center.  He urged the creation of and designed the initial draft program and funding strategy for the U.S. Chamber of Commerce’s National Security Affairs Committee.

Laborde was graduated from the University of New Orleans with bachelor and masters degrees, and he is a graduate of the U.S. Army Command and General Staff College.  He has led three separate military units as commander (CEO), is a veteran of the Vietnam era, and is a retired Lieutenant Colonel from the U.S. Army Reserve.

Also, Laborde is a graduate of the FBI Citizens Academy and is a former board member of Louisiana InfraGard.  Additionally, he is a founding board member of Belle Chasse Academy, the first-ever charter school to be developed on a military installation.

Laborde is married to the former Peggy Jane Bellande, and they have two married daughters, Sheri and Dana, and six grandchildren.