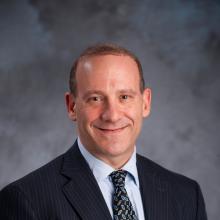 General Foundation
Stephen Gold is the President and Chief Executive Officer of the Manufacturers Alliance for Productivity and Innovation (MAPI).
Before joining MAPI in March 2011, Gold had served since 2006 as the senior vice president of operations for the National Electrical Manufacturers Association (NEMA), where he provided management oversight of the trade association’s 50 business units, member recruitment and retention, international operations, business development, and meeting planning.  In addition, he was the staff lead for the Board-level Section Affairs Committee and Strategic Initiatives Committee.
Gold has an extensive background in business-related organizations and has represented U.S. manufacturers for much of his career.  Prior to his work at NEMA, Gold spent five years at the National Association of Manufacturers (NAM), serving as vice president of allied associations and executive director of the Council of Manufacturing Associations.  During his tenure he helped launch NAM’s Campaign for the Future of U.S. Manufacturing and served as executive director of the Coalition for the Future of U.S. Manufacturing.
Before joining NAM, Gold practiced law in Washington, D.C., at the former firm of Collier Shannon Scott, where he specialized in regulatory law, working in the consumer product safety practice group and on energy and environmental issues in the government relations practice group.
Gold has also served as associate director/communications director at the Tax Foundation in Washington and as director of public policy at Citizens for a Sound Economy, a free-market advocacy group.  He began his career in Washington as a lobbyist for the Grocery Manufacturers of America and in the 1980s served in the communications department of Chief Justice Warren Burger’s Commission on the Bicentennial of the U.S. Constitution.
Gold holds a Juris Doctor (cum laude) from George Mason University School of Law, a master of arts degree in history from George Washington University, and a bachelor of science degree (magna cum laude) in history from Arizona State University.  He is a Certified Association Executive (CAE).
In July 2013, MAPI co-sponsored a Business Horizon Series session at the U.S. Chamber titled "Today's Manufacturing: Unlocking Unlimited Potential."