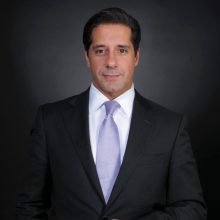 Alberto M. Carvalho has served as Superintendent of Miami-Dade County Public Schools (M-DCPS), fourth largest school system in the United States, since September 2008. He is an expert on education transformation, finance, and leadership development. During his tenure, M-DCPS has become one of the highest-performing urban school systems in the U.S. The District has also been named as the 2014 College Board Advanced Placement Equity and Excellence District of the Year, as well as the 2012 winner of the Broad Prize for Urban Education. He has expanded school choice options in Miami-Dade to over 1000 offerings that include bilingual programs, fine and performing arts, biotechnology, engineering, robotics, aviation, forensic sciences, and many others.

Mr. Carvalho is also the proud founder and principal of the award-winning iPreparatory Academy that has become a model of 21st century learning in the age of innovation and technology. He is recognized by his peers as a national voice for equity in education. His honors include the 2014 National Superintendent of the Year; the 2016 winner of the Harold W. McGraw Prize in Education; the 2018 National Urban Superintendent of the Year; the 2019 National Association for Bilingual Education (NABE) Superintendent of the Year Award; and recognition by Scholastic Administrator as one of “The Fantastic Five” educators making a difference in America. He serves on the National Assessment Governing Board, to which he was appointed by the U.S. Secretary of Education. He also serves as a committee member for the National Academies of Science, Engineering, and Medicine, and as an Advisory Committee Member to the Harvard Program on Education Policy and Governance.

Mr. Carvalho has been awarded many honorary degrees including a Doctor of Public Service by Florida International University; Doctor of Humane Letters by both Barry University and Florida Memorial University; and a Doctor of Pedagogy, Honoris Causa from Nova Southeastern University. He has been honored by the President of Portugal with the “Ordem de Mérito Civil” and by Mexico with the “Othli Award”.