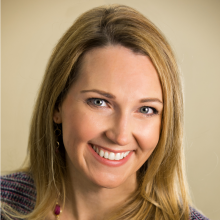 Amy King is Vice President is Vice President, Luxury, Lifestyle and Corporate Development in McLean, Virginia.  She is responsible for the growth of the Waldorf Astoria, Conrad and other luxury, large convention hotel and lifestyle brands in the Hilton portfolio in North America.

Prior to her current role, Ms. King spent over 8 years in Hilton’s legal department.  She led a team that provided legal support to managed and franchised hotel development in the Americas, and also oversaw the company’s global franchise regulatory compliance.  Her team drafted, negotiated and interpreted hotel franchise and management agreements and associated transaction documents, and prepared franchise disclosure documents for all of the company’s brands around the world.  Prior to joining Hilton, she practiced law with DLA Piper LLP in Los Angeles, California.

Amy is a graduate of UCLA School of Law in Los Angeles, California, and the School of Hotel Administration at Cornell University in Ithaca, New York.

She lives in McLean, VA with her husband and three young boys.