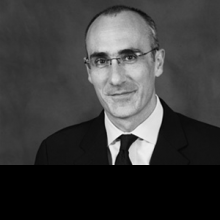 Arthur C. Brooks is the president of AEI. Until January 1, 2009, he was the Louis A. Bantle Professor of Business and Government Policy at Syracuse University. He is the author of eight books and many articles on topics ranging from the economics of the arts to applied mathematics. His most recent books include The Battle: How the Fight Between Free Enterprise and Big Government Will Shape America's Future (Basic Books, May 2010), Gross National Happiness (Basic Books, 2008), Social Entrepreneurship (Prentice-Hall, 2008), and Who Really Cares (Basic Books, 2006). Before pursuing his work in public policy, Mr. Brooks spent twelve years as a professional French hornist with the City Orchestra of Barcelona and other ensembles.

Mr. Brooks is the author of the forthcoming book, The Road to Freedom, to be released on May 8th 2012.