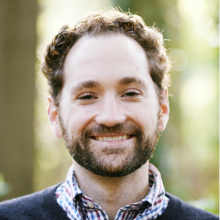 Atticus is the founder of PadSplit, Inc and co-founder of Stryant Investments, LLC, and Stryant Construction & Management.  He has been an affordable housing advocate and investor since 2008, when he began acquiring distressed single-family homes in Southwest Atlanta.

PadSplit was founded in 2017 after earning a grant from the Enterprise Community Foundation’s ATLChallenge affordable housing competition.  PadSplit was based on the concept that shared housing in a single-family setting could provide attractive, accountable, & affordable housing without the need for public subsidy.  The company was featured in the 2018 Cox/Techstars cohort, and is rapidly expanding.

Stryant Investments, LLC has owned and managed 9 apartment complexes, over 100 single family homes, and several adaptive re-use commercial projects locally, including the Academy Lofts, a historic renovation of the George W. Adair School in Adair Park, which will include 35 affordable micro units and 10,000 sf of creative commercial space tailored toward the arts community.

Atticus serves on the board of trustees for Campfire GA and the advisory board for The Creatives Project. He is an active member of the Buckhead Rotary Club of Atlanta and volunteers regularly with ULI’s Urban Plan Education Initiative and TAPs Committee.  He also enjoys coaching youth soccer, baseball, and swimming throughout the year.

He graduated from Yale University in 2002 with a BA in Architecture and Urban Studies and was a 2017 graduate from ULI’s Center for Leadership.  He currently lives in Decatur with his wife, Alison, their 4 boys, 2 dogs, and lots of chickens.