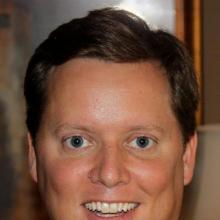 Bret Swanson is president of Entropy Economics, a research firm focused on technology and the global economy, and of Entropy Capital, a venture firm that invests in early-stage technology companies.  He is also a visiting fellow at Digital Society and a National Chamber Foundation fellow.

He previously was a senior fellow at The Progress & Freedom Foundation, where he directed the Center for Global Innovation, and for eight years advised technology investors as executive editor of the Gilder Technology Report.

Today, Swanson presents his “exaflood” research across the globe, writes a column for Forbes, and often contributes to the editorial page of The Wall Street Journal on topics ranging from broadband networks to China to monetary policy.  Swanson is also a “Broadband Ambassador” of the Internet Innovation Alliance and a trustee of both the Indiana State Teachers’ and Public Employees’ Retirement Funds.

Swanson studies innovation, globalization, China, Internet traffic, information theory, the stock market, and entrepreneurial economics. He is guided by the Laws of Say, Metcalfe, and Moore, the Theorem of Shannon, and the Curve of Laffer.  His most pioneering and speculative research, however, concerns forces even more powerful and enigmatic — his four children nine and under.