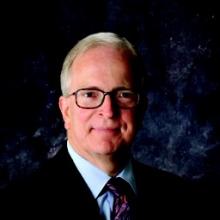 Carl L. Chapman was named president and chief executive officer of Vectren Corporation, an Indiana-based Fortune 1000 energy-holding company, in June 2010 and assumed the chairman of the board title in May 2011. Prior to his current position, the Carmel, Ind., native served as president and chief operating officer.  He has served in various other leadership roles at the company including executive vice president and president of Vectren Enterprises, Vectren’s holding company for its non-utility subsidiaries and affiliates. He began his career in the energy industry in 1985 with predecessor company Indiana Gas/Indiana Energy where he served in a number of roles including chief financial officer.

He serves on the board of directors for the American Gas Association, Edison Electric Institute, Indiana Energy Association, Central Indiana Community Partnership, Energy Systems Network, and the board of advisors for the University of Southern Indiana Business School.  He is a member of the Evansville Regional Business Committee and the Southwest Indiana Business Leaders Roundtable on Early Childhood.