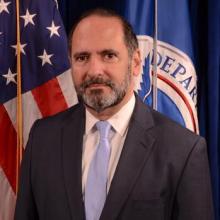 Prior to joining FEMA, Mr. Castillo served in several leadership roles at the local, national, and international levels.  He had a distinguished 26-year career in fire and emergency services with Miami-Dade County in Florida, serving three years as Director of Emergency Management and retiring as Assistant Fire Chief.  He also served as the Regional Disaster Officer for the South Florida Region American Red Cross where he was responsible for mobilizing the South Florida community to prepare for, respond to, and recover from emergencies.  From 2007-2009, Mr. Castillo was the Assistant Administrator for Disaster Assistance at FEMA, overseeing FEMA’s Individual and Public Assistance Programs following major disasters including Hurricanes Katrina, Rita and Ike.

Mr. Castillo has been an Adjunct Instructor in the Master’s of Disaster Management program at Florida International University and a guest lecturer on disaster resilience and risk reduction at the University of Miami. He also served as the co-chair of the disaster resilience working group for Resilient Greater Miami and the Beaches.

Mr. Castillo is a Certified Emergency Manager (CEM), holds a Master’s in Public Administration degree from Florida International University, and has represented the U.S. internationally in disaster management, working with the United Nations, the North Atlantic Treaty Organization, and the Asia-Pacific Economic Consortium.