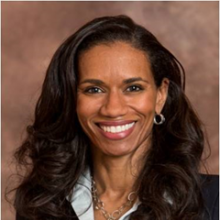 Caroline De Marco is the vice president for regional accounts at GlaxoSmithKline (GSK), a position she has held since 2010. In this role, she is responsible for ensuring patient access and reimbursement coverage for GSK’s pharmaceuticals, vaccines and specialty medicines among regional payers and integrated health system customers, including Kaiser.

Caroline has over 25 years of experience in the pharmaceutical industry at GSK, serving in a number of positions including vice president, national GPO, Kaiser and federal health systems and regional vice president, northeast institutional sales. During her tenure, she has also held several marketing roles where she successfully launched new products, managed the strategic planning process and developed educational partnerships with non-traditional customers and health educators, including Oprah Winfrey’s O magazine.

Caroline has received a number of leadership accolades for her contributions to GSK and the pharmaceutical industry. She was selected by GSK to be featured on NBC 10’s Moms on the Move in 2005, named a 2004 “Rising Star” by the Healthcare Businesswomen’s Association and selected by GSK and the Olympic Committee to be a torchbearer for the Philadelphia 2002 Winter Olympic Games torch relay.

Caroline is based in Philadelphia, Pennsylvania, and is active in the community, serving as the president of The Penn Towne Chapter of The LINKs Inc.; a member of Alpha Kappa Alpha Sorority, Inc., and Jack & Jill of America, The Philadelphia Chapter; and serves on the board of the trustees for The Haverford School and AIM Academy. She graduated with honors from Howard University with a Bachelor of Business Administration in finance. She resides in Philadelphia with her husband, Jason, and their two sons, Carson and Noble.