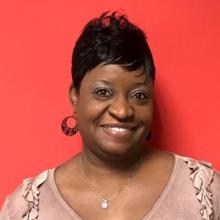 Christy joined the Public Affairs and Communications Department in March 2017, after working for three years as a sales analyst in Classic Foods on the Birmingham Sales Team.  In March of 2019, Christy was promoted to Corporate Community Relations Manager. Prior to joining   Coca-Cola UNITED in 2014, she worked at the United Way of Central Alabama as director of federal (CFC) and state government campaigns for ten years.  Prior to that, she was a software training officer with South Trust Bank, based in Birmingham, AL for many years.

As a part of the Public Affairs and Communications Department, Christy is responsible for managing Coca-Cola UNITED’s corporate community engagement and charitable donation requests; developing and executing programs for stakeholders and nonprofit organizations; representing Coca-Cola UNITED at community events; and managing the Crawford Johnson III and Walker Johnson Jones internal scholarship program.  She also supports UNITED’s executive management with the development of board of director and shareholder presentations for internal and external speaking engagements.

Christy’s civic and community involvement has included serving as a committee member for various non-profits and campaign cabinet member for United Way of Central Alabama.

Christy is a native of Birmingham, AL and she holds a B.S. Degree in Secondary Education from Alabama A&M University, in Normal, AL.  In December of 2020, she will complete a B.S. Degree in Integrated Marketing and Communications from the University of West Alabama in Livingston, AL.