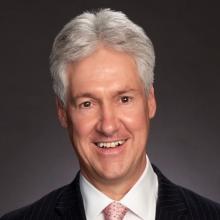 Director of Strategic Partnerships, The Water Institute of the Gulf

Following decades working at the intersection of water management, science, and policy, former Royal Netherlands Embassy Senior Economist Dale Morris joined The Water Institute of the Gulf in May 2018 as Director of Strategic Partnerships.

Morris grew up in Pittsburgh and served six years in the U.S. Air Force, with more than half of those served in the Netherlands where he became fluent in Dutch. After college, Morris worked as Legislative Director in the U.S. Congress, working on tax, budget, trade, agriculture, energy, appropriations, and water issues. He later moved to the Embassy and Congressional Liaison and worked on macro-economic, trade, regulatory, and energy issues.

Immediately after Hurricane Katrina hit in 2005, the Netherlands Embassy immediately engaged Louisiana officials and offered to help with recovery. Morris directed this post-Katrina activity for the Dutch and subsequently managed the Embassy’s liaison to Louisiana and other U.S. states, including California, Florida, Texas, Virginia, and New York, on flood, water, climate and adaptation challenges.

Morris co-founded the Dutch Dialogues with New Orleans-based architect David Waggonner, focusing upon the urban water management challenges in post-Katrina New Orleans.  Dutch Dialogues have been organized elsewhere in the U.S., most recently in Charleston, and are in demand in other flood-prone and flood-recovering communities.