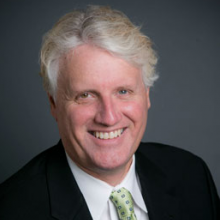 Prior to joining Purpose Built Communities, Mr. Edwards was the Global Offerings Manager for IBM’s Smarter Cities program. In that role, he was responsible for developing innovative solutions to the critical issues facing municipal and regional governments around the world. For example, Mr. Edwards led city management improvement initiatives for the cities of Charlotte and San Jose in the United States as well as Beijing and Johannesburg internationally. He also authored or co-authored several reports and articles, including “The Neighborhood Centric City” published by IBM in 2011, and the chapter titled “It Takes a Neighborhood: Purpose Built Communities and Neighborhood Transformation” in the book Investing in What Works for America’s Communities, published in 2012 by the Federal Reserve Bank of San Francisco, which he co-wrote with former Atlanta Mayor Shirley Franklin.

Before joining IBM, Mr. Edwards served for eight years as the Senior Policy Advisor to Atlanta Mayor Shirley Franklin. In that role, he was responsible for developing and executing the Mayor’s reform agenda. He also led the development of the original business case and implementation plan for Atlanta BeltLine, the largest comprehensive citywide redevelopment initiative in Atlanta’s history, and the redevelopment of City Hall East, another major economic development initiative of the Franklin Administration. Additionally, Mr. Edwards designed the City’s first performance management system – ATLStat. As a result of these and other initiatives, the City improved service quality, while reducing operating expenses by over 20%.

Prior to his work with the City of Atlanta, Mr. Edwards spent eight years as a management consultant, most recently with the Boston Consulting Group. He also served as the Assistant Provost for Academic Affairs at Columbia University in New York City where he directed the strategic planning efforts of the university. He began his career in the Office of Management and Budget in the Executive Office of the President in Washington D.C., where he served as the lead White House analyst for telecommunications policy.

Edwards’ experience also includes service as a Policy Analyst at the Export-Import Bank of the United States, a legislative assistant in the House of Commons in London, England, and as an aide in the office of U.S. Senator Lowell Weicker.

Mr. Edwards earned bachelor’s degrees in economics and history at Franklin & Marshall College, and he holds a Master’s Degree in Public Policy from Duke University.

Atlanta, GA
September 15 - 8:00 am to 12:00 pm
This form needs Javascript to display, which your browser doesn't support. Sign up here instead