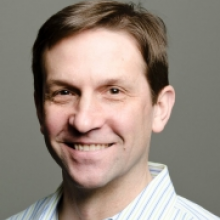 David M. Krol, MD, MPH, FAAP, is a senior program officer focused on developing health and health care leaders who will build and sustain a Culture of Health. In addition, he is passionate about improving the physical, mental, and social health and well-being of all infants, children, adolescents and young adults.

Before joining RWJF in 2009, Krol was an associate professor and chair of the Department of Pediatrics at the University of Toledo College of Medicine. Previously, he was director, Medical Affairs and Clinical Evaluation at the Children’s Health Fund in New York and also served as the Fund’s vice president for Medical Affairs. While an assistant professor of Pediatrics and Health Policy and Management (in dentistry) at Columbia University, he was the recipient of a Soros Advocacy Fellowship for Physicians, and served as a senior policy research consultant at the Children’s Dental Health Project in Washington, D.C. He is an alumnus of the Robert Wood Johnson Foundation Clinical Scholars program and a former Bush Fellow in Child Development and Social Policy at Yale University.

A recognized leader in children’s oral health advocacy, Krol has provided pediatric primary care to the underserved in Connecticut, New York and Ohio, testified before federal, state and local legislative bodies on behalf of children, and published in scientific journals such as Pediatrics, Advances in Pediatrics, Pediatrics in Review and others on topics as diverse as children’s oral health, health workforce policy, medical errors and labor pain management. He has held leadership positions in the American Academy of Pediatrics and has received numerous awards including being selected as a Pediatric Leader of the 21st Century by the American Academy of Pediatrics and the Johnson & Johnson Pediatric Institute.

Krol received his MD from Yale University School of Medicine and completed his residency in pediatrics at Rainbow Babies and Children’s Hospital, Cleveland. He received an MPH from the Mailman School of Public Health, Columbia University.

Born in Oberlin, Ohio he now resides in Princeton with his wife, Christina, a television news producer, their daughter, Ellie, and their two sons, Matthew and Brian.

He enjoys music, running and “just about anything athletic.”