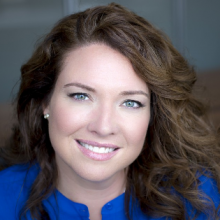 Chief Medical Officer, Children's Health Fund
Delaney Gracy received her MD from Baylor University in 1999 and completed her pediatrics residency in San Diego in 2002. While in San Diego she began working with underserved children, arranging to have her resident clinic in Tijuana, Mexico as part of her outpatient training. She came to New York to participate in a combined Academic Pediatrics and Public Health Fellowship at Columbia University School of Medicine and The Columbia University Mailman School of Public Health, where she was involved in pediatric student and resident training, care of teens in the juvenile justice system, and a mother-baby HIV transmission prevention program in the Dominican Republic. She completed her Masters in Public Health in Epidemiology in 2005.
For five years she served as a pediatrician in the New York Children’s Health Project (NYCHP), a program affiliated with the Children’s Health Fund and Montefiore Medical Center, targeting children living in homeless and domestic violence shelters. Working daily on mobile medical clinics, she led a multidisciplinary team to provide care for some of the most vulnerable families in the city. During her time at NYCHP she served as the Co-Director of the Referral Management Initiative and the Childhood Asthma Initiative, and also as the Coordinator for Medical Students and Residents.
In June of 2010 she moved to the National Offices of Children’s Health Fund to serve as Deputy Chief Medical Officer and subsequently became Chief Medical Officer and Senior Vice President for Medical Affairs in September 2011. She currently leads the Department of Medical Affairs in support of the CHF National Network, which provides quality healthcare for underserved children across the country. She also leads the Medical Affairs team in program evaluation, applied research, development of special health initiatives, modifications of best practices of care for the mobile health model, and content development and management of grants.
She frequently participates in public speaking engagements, including the Today show in August 2013, and a recently released online series on baby care with PARENTS magazine. In November 2013, she was featured in Forbes online edition as one of the “Top five emerging powers who are using innovative technology solutions to transform lives and proving that STEM can make a difference in generating impactful social change.”