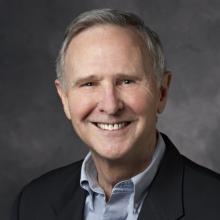 Eric Hanushek is the Paul and Jean Hanna Senior Fellow and a member of the Koret Task Force on K–12 Education at the Hoover Institution. A leader in the development of the economic analysis of educational issues, his research spans the impact on achievement of teacher quality, high-stakes accountability, and class-size reduction. He pioneered measuring teacher quality on the basis of student achievement, the foundation for current research into the value-added evaluations of teachers and schools. His work on school efficiency is central to debates about school finance adequacy and equity; his analyses of the economic impact of school outcomes motivate both national and international educational policy design.

Hanushek is also chairman of the Executive Committee for the Texas Schools Project at the University of Texas at Dallas, a research associate of the National Bureau of Economic Research, and area coordinator for Economics of Education with the CESifo Research Network. He formerly served as chair of the Board of Directors of the National Board for Education Sciences.

His latest book, The Knowledge Capital of Nations: Education and the Economics of Growth, identifies the close link between the skills of the people and the economic growth of the nation and shows the economic impact of high quality schools. This analysis is the basis for estimating the economic benefits of a world development standard based on achieving basic skills (Universal Basic Skills: What Countries Stand to Gain). His prior book, Endangering Prosperity: A Global View of the American School, considers the performance of U.S. schools from an international perspective and identifies the costs of not improving student outcomes. Earlier books include Schoolhouses, Courthouses, and Statehouses, Courting Failure, Handbook on the Economics of Education, The Economics of Schooling and School Quality, Improving America’s Schools, Making Schools Work, Educational Performance of the Poor, and Education and Race, along with numerous widely cited articles in professional journals.

Hanushek previously held academic appointments at the University of Rochester, Yale University, and the US Air Force Academy and served in government as deputy director of Congressional Budget Office. He is a member of the National Academy of Education and the International Academy of Education along with being a fellow of the Society of Labor Economists and the American Education Research Association. He was awarded the Fordham Prize for Distinguished Scholarship in 2004.

A distinguished graduate of the United States Air Force Academy, he completed his PhD in economics at the Massachusetts Institute of Technology. He served in the US Air Force from 1965 to 1974.