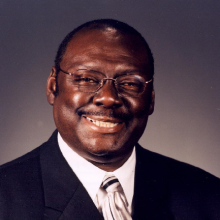 Prior to Brown & Associates Consulting Services, Mr. Brown was executive director and president of The Center for Community Solutions. Under Mr. Brown’s leadership, Community Solutions strategically sparked and promoted an understanding of the critical link between human service and economic development. He articulated a message throughout northeast Ohio that Human Capital Development—“building an environment that helps and allows all people to reach their full potential and participate in the economic revitalization of the region--is the most important investment that can and should be made.” Today, human capital development is on the lips of government officials, community leaders, funders and service providers around the state. Similarly, Mr. Brown played a key role in helping Greater Cleveland's human services community change the way it viewed the circumstances of young people, moving away from looking solely at their needs and problems and, instead, using an asset-based approach to Youth Development.

Prior to joining Community Solutions, Mr. Brown served as associate director of the Cleveland Community-Building Initiative where he was responsible for operational and program-related activities in four Cleveland neighborhoods. Mr. Brown has also served as the founding executive director of the Fairfax Renaissance Development Corporation, a non-profit neighborhood revitalization organization focusing on new home construction, home repair, commercial and economic development, and land usage. While executive director of Fairfax Renaissance Development Corporation, Mr. Brown was a member of the team that developed the City of Cleveland’s federal Empowerment Zone proposal which successfully resulted in more than $190 million being awarded to the City of Cleveland to revitalize existing housing and initiate new housing construction and economic development. Before Mr. Brown led the Fairfax Renaissance Development Corporation, he was employed as housing management director for the Cuyahoga Metropolitan Housing Authority. In his role as housing management director, Mr. Brown was responsible for the ongoing operation and day-to-day management of more than 20,000 public housing units throughout Cuyahoga County.