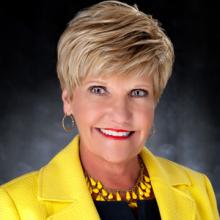 Mayor of Fort Worth

Betsy Price, a Fort Worth native, took office the 44th Mayor of Fort Worth June 18, 2011. She is currently serving her third term as the city’s top elected official.

Throughout her tenure, Mayor Price has been focused on fiscal responsibility, creating a stronger economy through public/private partnerships, and strengthening our neighborhoods through her faith-based and citywide health engagement initiatives.

Mayor Price graduated from Arlington Heights High School and earned a bachelor’s degree from the University of Texas at Arlington. Since then, she has been a leader in the Fort Worth community serving on numerous boards, commissions and professional associations. Her roles as a businesswoman and community activist garnered her a reputation as an innovator with strong leadership in solving some of the most pressing issues in one of Texas’ fastest-growing cities.

Prior to her life in public service, Mayor Price was owner of Price Cornelius Title Service before becoming the Tarrant County Tax Assessor.

She has been married Tom, an insurance agent for more than 40 years and has three children, Kathryn, Phillip and Paul. In her spare time, Mayor Price is an avid cyclist and has shared her passion with her community bike rides throughout Fort Worth neighborhoods. She also enjoys spending quality time with her beloved grandchildren.