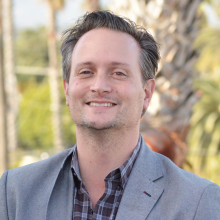 James Citron is a serial mobile and social entrepreneur committed to harnessing the power of exponential technology to create a more connected, healthy and sustainable planet.

As the Chief Executive Officer of Pledgeling, James leads the strategic vision and organizational growth of the company, which today is one of the most widely used corporate giving and social impact platforms in the United States powering corporate social responsibility, employee giving and cause marketing programs for over 3,500 companies benefiting over 1 million nonprofits globally.

Prior to Pledgeling, James built and ran three of the largest text messaging companies in the industry, which engaged 1 of 2 Americans on mobile and engaged over 500 million people globally. It was during this time that James discovered the disruptive power of exponential technology to change lives as his platform delivered billions of text messages on behalf of two heads of state, governments, tens of thousands of companies and nonprofits using the power of mobile to save lives. James led two of those companies to acquisitions by Silver Lake and Blackstone private equity-owned companies and the third continues as one of the leading companies in its industry.

An evangelist for the power of mobile, social entrepreneurship and capitalism as a force for positive change, James is a sought-after speaker and has spoken at over 100 conferences and events around the world, ranging from the Milken Global Conference to Mobile World Congress. Companies under his leadership have won numerous awards, including top awards for growth (Top 50 US Startups, Best of CES), innovation (Shopify’s Best Design App, Direct Marketing Association’s Campaign of the Year) and social impact (Gold and Silver Awards for Best Conservation Campaign and Peer-to-Peer Fundraising). A graduate of Princeton University, James is personally passionate about helping to eradicate illiteracy, homelessness and hunger and empowering female entrepreneurship.