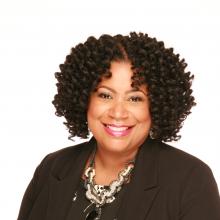 Current and Past Positions:

Dr. Jamese Sims is a senior physical scientist at the Office of the Federal Coordinator for Meteorological Services and Supporting Research, where she manages inter-agency committees and working groups to coordinate meteorological services across the Federal Weather Enterprise.  In this role, Dr. Sims develops collaborations surrounding various topics in order to gain consensus and implement scientific and engineering solutions by coordinating with senior leadership to address complex matters related to meteorological services, prioritization, planning and research.  Topics of special interest to this role are operational environmental satellites, satellite telemetry, climate services, and coastal inundation.  Additionally, Dr. Sims is serving as the NOAA Special Assistant for Artificial Intelligence to coordinate artificial intelligence initiatives across the NOAA Line Offices and build partnerships across the Federal Weather Enterprise, private-sector and academia.

Jamese was introduced to NOAA as a summer student in the NOAA Educational Partnership Program (EPP) Undergraduate Sciences Program in 2003 where she worked at EMC to advance her skills in numerical weather prediction by improving the accuracy the Gulf Stream Finder model utilizing a genetic algorithm.  The following summer as a USP, Jamese completed a summer project that reanalyzed the 1926 hurricane season while interning at the NOAA Hurricane Research Division.  After graduation from Jackson State University with a B.S. in Meteorology, Jamese was selected to enter employment with NOAA as a member of NOAA’s EPP Graduate Sciences Program (GSP) and began earning her PhD at Howard University in 2005. As a GSP scholar, Jamese accepted a position as a research meteorologist at EMC to further her work on numerical weather prediction and improving the Gulf Stream Finder.  She later studied hurricane track and intensity forecast improvement utilizing the Weather Research and Forecasting System (WRF) and the Hurricane WRF (HWRF).  In 2012, Jamese transitioned to NWS Headquarters to work in the Office of Climate Water and Weather Services Operational Requirements Division where she worked to develop requirements, build partnerships with government agencies to study the connection between weather and health, and manage interagency projects.  In 2016, Jamese was selected as the Geostationary Operational Environmental Satellite (GOES) R-Series Satellite Product Manager (Algorithm Engineer), where she managed GOES-R Series Product Systems Development and Implementation (PSDI) projects and funding.  In this role, she championed and supported the development and implementation of weather satellite products to meet customer needs within cost and schedule of project plans.  Jamese also served as the Geostationary Operational Requirements Working Group (GORWG) Chair for GOES-R future capabilities where she led requirement activities in collaboration with NOAA Line Office representatives.  In 2017, Jamese’s talents were requested to take on duties as the NESDIS Lead Satellite Product Manager (Algorithm Engineer) to oversee algorithm implementation and development for NOAA and international satellite data in addition to her GOES-R work.  In early 2018, Jamese participated in the GOES-S Launch campaign as a science expert in over 20 interviews to discuss the benefits and technological advancements of the satellite.  Jamese received her B.S. in Meteorology from Jackson State University and her Ph.D. in Atmospheric Sciences from Howard University.  Jamese enjoys spending time with her son and mentoring college students and early career professionals.