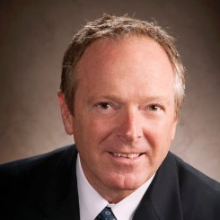 Jeff Weld, Ph.D. is currently Senior Policy Advisor and Assistant Director for STEM Education at the White House Office of Science and Technology Policy, on leave from the post of Executive Director for the Iowa Governor’s STEM Advisory Council. Jeff directed Iowa’s nationally acclaimed STEM program since its inception in 2011. His most recent book, Creating a STEM Culture for Teaching and Learning, recounts the keys to a successful state policy initiative, and examines all aspects of the nation's STEM (science-technology-engineering-mathematics) movement, offering guidance to policymakers, industry executives and education leaders on building STEM systems and programs. Under Jeff’s directorship, Iowa launched a network of coordinating Hubs at higher education institutions across the state, a series of school-business partnership models, a scaling system to impact one-fifth of the state’s K-12 learners with exemplary programming each year, and a robust independent evaluation system linked to eighteen annual metrics. His leadership was recognized by the Triangle Coalition for STEM in 2014 with their STEM Champion Award. And in 2013 his alma mater the University of Iowa bestowed upon Weld the Robert Yager Alumni of Distinction Honor by the College of Education, from where Weld earned his doctorate. He has served on numerous state, regional and national boards and commissions including the National Alliance for Partnerships in Equity Education Foundation Board and the Triangle Coalition for Science and Technology Board of Directors.

Prior to his STEM leadership roles, Jeff served the University of Northern Iowa as an administrator and faculty member in the department of biology, where his research and publications, including the textbook The Game of Science Education, focused on overcoming impediments to science education reform. His outreach included the creation of a model teachers-in-industry professional development program, Real World Externships for Science, Mathematics, and Technology Teachers, originally funded by the National Science Foundation and now sustained across several states and regions. Jeff’s university teaching earned the nation’s Four-Year College Biology Teacher of the Year by the National Association of Biology Teachers. He held an assistant professorship at Oklahoma State University after teaching high school science for eleven years in the Rio Grande Valley of Texas, urban St. Louis, and rural Iowa, honored with a Ciba-Geigy Life Science Teacher of the Year for Iowa; the Pella Corporation Focus on Teaching Excellence award; and an Access Excellence Fellowship of the Genentech corporation.  Jeff’s home base is Cedar Falls, Iowa.