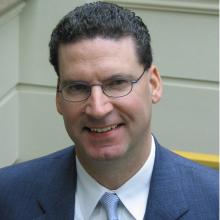 Vice President of Social Impact and The UPS Foundation

Joe began his UPS career in 1988 and served in district, region and corporate assignments within the organization, before joining The UPS Foundation in 2007. Joe currently serves on the board of The Center for Disaster Philanthropy, The Salvation Army National Advisory Board, and The Good360 Corporate Advisory Council. He is a former member of the World Economic Forum’s Global Agenda Council on Risk & Resilience and formerly served the Association of Corporate Citizenship Professionals (ACCP) on their Executive Committee.