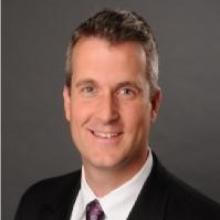 Mr. Vesey joined Xylem in 2008 as Director, Strategy & Business Development. In November 2009, he was named Director, Commercial Excellence, running a transformational sales and marketing change program. In 2011, he was named Chief Marketing Officer of Xylem and from 2013 to 2017 led the Americas Commercial Team with commercial P&L responsibility for Xylem’s Treatment and Transport businesses in North America, South America and Australia.

He earned a Bachelor of Science degree in chemical engineering from Lehigh University and a Masters of Business Administration (MBA) from Boston University.