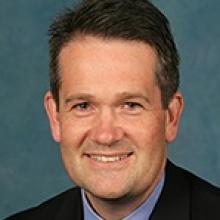 John spent most of his professional career at one of the country’s top 20 banks, M&T Bank in Buffalo, NY where he was Vice President for Community Outreach.  John played a number of critical roles during his 20-year tenure with the Bank, including leadership of a unique private-public partnership with the Westminster Community Charter School and the Buffalo Public School District.  He served as Westminster’s CEO and led its transformation from being among the lowest to one of the highest-performing schools in Buffalo while also creating a financially self-sustaining, stand-alone school.

As Director of the Westminster and M&T Bank Charitable Foundations, he was also responsible for heading the Bank’s largest charitable initiatives to support urban education and communities and families in need.