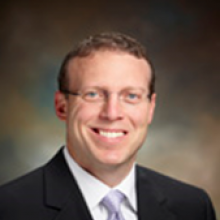 Jonathan Njus is a program officer on the Family Economic Security team at the W.K. Kellogg Foundation in Battle Creek, Mich.

He provides leadership and oversight for the on-the-ground execution of foundation efforts that build economic security for vulnerable children and their families through sustained income and asset accumulation. In this role, he recommends proposals for funding, manages a portfolio of grants and designs and implements initiatives and projects that ensure family stability and increase workforce mobility for low-income families.

Prior to joining the foundation, Njus served as a senior policy advisor in the Office of the Assistant Secretary for Policy, for the U.S. Department of Labor in Washington, D.C. He was appointed to the Obama administration to advance the Department of Labor’s initiatives around clean energy, job training and worker safety, and was detailed temporarily to the Domestic Policy Council at the White House to work on labor issues. Prior to this, Njus worked for the Center for Economic Progress as the director of advocacy and co-coordinator of the National Community Tax Coalition in Chicago.

Njus has a bachelor’s degree in economics and political science from Kalamazoo College, and a master’s degree in public policy from the University of Chicago.

The W.K. Kellogg Foundation (WKKF), founded in 1930 as an independent, private foundation by breakfast cereal pioneer, Will Keith Kellogg, is among the largest philanthropic foundations in the United States. Guided by the belief that all children should have an equal opportunity to thrive, WKKF works with communities to create conditions for vulnerable children so they can realize their full potential in school, work and life.

The Kellogg Foundation is based in Battle Creek, Mich., and works throughout the United States and internationally, as well as with sovereign tribes. Special emphasis is paid to priority places where there are high concentrations of poverty and where children face significant barriers to success. WKKF priority places in the U.S. are in Michigan, Mississippi, New Mexico and New Orleans; and internationally, are in Mexico and Haiti. For more information, visit www.wkkf.org.