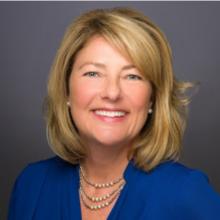 Originally from the UK, Laura received her degree in Creative Writing & Journalism and, after a stint at The Times of London, was offered the opportunity to work for a London-based charity, the National Advertising Benevolent Society (Nabs.) While at Nabs, Laura helped research and launch their first national helpline, as well as run several key fundraising events. While raising their four children, Laura worked as a freelance writer and editor before taking on a role at the World Wildlife Fund (WWF), where she ran nationwide educational, community-building and fundraising programs. When the family moved to Washington, DC in 2002, Laura was able to use her successful record in fundraising, corporate partnerships and community building, to marry her skills to her passion – helping underserved and under-represented communities. The mission of Open Door Sports resonates for Laura because she believes that communities are better and stronger when everyone is included.