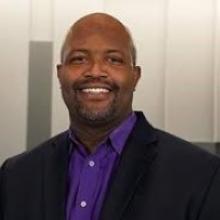 Leon T. Andrews, Jr. was appointed as the inaugural director for Race, Equity And Leadership (REAL) at the National League of Cities and currently serves as chair of the board for the National Recreation and Parks Association. Prior, Leon served as the senior fellow and program director at the National League of Cities’ Institute for Youth, Education, and Families, where he led all of the Institute’s youth development work with mayors and other municipal leaders around the country including in areas related to childhood obesity, disconnected youth, youth engagement and leadership, and youth master planning since 2006. Before joining the National League of Cities, Leon completed a research fellowship at The Forum for Youth Investment. Leon has an extensive background working in government, the community, the private sector, and academia for the last 25 years including the United States Department of Justice, United States Senator Barbara A. Mikulski, the United States Public Interest Research Group, the Allegheny County Department of Human Services, YouthBuild Pittsburgh, the Development Corporation of Columbia Heights, PricewaterhouseCoopers, and as an adjunct professor in the Department of Political Science at Eastern Michigan University. He is a published author, a presenter at several conferences and other forums throughout the country and world, and serves on a number of national and local boards including National Recreation and Parks Association (past president),ChangeLab Solutions (past chair), National Council on Crime and Delinquency and the National Network for Youth. He received his Bachelor of Arts in Political Science from Howard University, a Master of Science in Public Policy and Management from Carnegie Mellon University, and is a PhD candidate in the Urban and Regional Planning program at The University of Michigan. Leon is married to an amazing woman, Dr. Kristine M. Andrews, for the last 18 years and they have three beautiful daughters – Jessica Austin, Julia Iris, and Joanna Jonas.