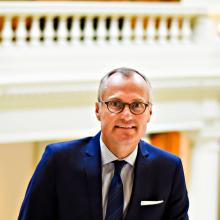 Casey Cagle made history in 2006 by becoming the first Republican ever elected to Georgia’s second highest office, where he has served three terms. Lt. Governor Cagle has established himself as a bold leader and champion for education and economic development. His business experience and outlook propelled him to prominent leadership roles under the Gold Dome, allowing him to advance transformative reforms that have significantly improved Georgia’s public education system. Notwithstanding his many accomplishments in private and public life, Casey is most proud to be a husband, father, and grandfather.