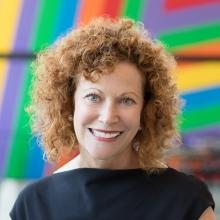 Mary leads the team responsible for Microsoft’s philanthropic efforts, which brings to life the company’s mission to empower every person and every organization on the planet to achieve more.  The company seeks to create systemic change by investing in four strategic pillars: Digital Skills, Career Pathways, Tech for Social Impact, and our own Employee Engagement.  The team seeks to invest the company’s strongest assets – technology, money, employee talent, and the company’s voice – to partner with nonprofits and communities to create lasting positive impact.  In the most recent fiscal year, Microsoft’s total annual giving surpassed $1 billion, with cash donations of nearly $120 million and in-kind donations worth nearly $950 million (read more about Microsoft Philanthropies impact).

Mary joined the company in 1988 as Microsoft’s first female attorney.  Prior to her current role, for many years, she supported the business and engineering orgs.  On behalf of the legal department, she was the executive sponsor of the Diversity and Inclusion initiative for over a decade.

Mary has been active on boards of directors for many years in a number of nonprofits including those engaged in human services, arts, and advancement of diversity in the legal profession. She currently serves on the board of directors for 4H, YWCA of Seattle, King, and Snohomish County, Washington STEM, Seattle Arts Museum, and is on the President’s Advisory Panel for the University of Michigan.

Before joining Microsoft, Mary was an attorney with the Seattle law firm now known as K&L Gates.  Mary began her career in public relations at General Motors’ corporate headquarters.  She graduated from the University of Michigan School of Law, an MBA from Wayne State University, and was a Phi Beta Kappa graduate from the School of Journalism at the University of Kansas.