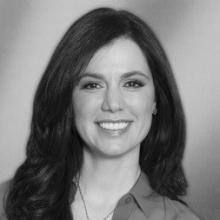 Naomi Whittel, CEO of Twinlab Consolidated Holdings (“Twinlab”) was also the CEO and founder of Reserveage Nutrition, a flagship natural supplements line she created with the goal of providing best-in-class nutritional supplements made with science-based and patented ingredients. A leader and innovator in the health and wellness industry, Naomi has two decades of experience in developing and managing sustainable companies.

Naomi and her companies have launched more than 140 natural supplement products which can be found on the shelves of top retailers, including Whole Foods Market, The Vitamin Shoppe, GNC and thousands of independent stores in the United States and around the world, and have been featured regularly in both print and broadcast media. The list of media includes a PBS special, The View, The Doctors, Good Morning America, The Dr. Oz Show, Access Hollywood, Harper’s Bazaar, Vogue and Woman’s World. Naomi is also a television guest on QVC, exclusively sharing breakthrough nutritional products with consumers in 38 different countries worldwide.

Recognized with over 30 industry awards for product excellence, Naomi and her companies have also been the recipients of the 2012 Business Achievement Award in the Mid-Size Company Growth Category from Nutrition Business Journal, a Gold Stevie Award for Female Executive of the Year of a consumer products company, and the Ernst and Young Entrepreneur of the Year 2013 Florida award in the Emerging Category, as well as a national finalist.

Naomi’s commitment to philanthropic work is demonstrated in all aspects of her businesses. She is the founder of the Naomi Whittel Foundation, bringing sustainable business to underserved communities. She is also the founder of DAWN (Developing and Advancing Women in Naturals), a national initiative to expand equality of opportunities for women. Twinlab also actively supports Vitamin Angels, an organization that provides lifesaving vitamins to mothers and children, under five, at risk of malnutrition.