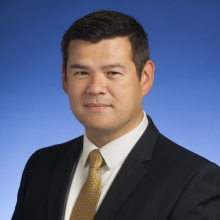 Patrick Sheehan was appointed to serve as the Director of the Tennessee Emergency Management Agency (TEMA) in May 2016.  He is the tenth person to fill this role since the agency’s founding in 1951.

As Director, Mr. Sheehan is responsible for leading a statewide staff of 108 people across TEMA’s four divisions and three regional offices:  Preparedness, Response, Recovery and Mitigation, and Administration and Mission Support.  Additionally, Mr. Sheehan coordinates with Emergency Services Coordinators from Tennessee’s cabinet agencies and dozens of other partner agencies, and guides the agency’s day-to-day operations.

Mr. Sheehan’s priorities for TEMA are to unify Tennessee’s emergency management enterprise (One Tennessee / One Emergency Management), improve resilience and readiness of Tennessee’s cities and counties to prevent and alleviate potential suffering, increase operational speed, and improve coordination and information sharing across government, private sector and nongovernmental partners in all phases of emergency management.

Mr. Sheehan serves as the Region 4 Vice President (Southeast) of the National Emergency Management Association, where he also Vice-Chairs the Emergency Management Mutual Aid Compact (EMAC) Committee. Additional leadership roles include serving as the Chair of Tennessee’s State Emergency Response Council, Vice-Chair of the Central U.S. Earthquake Consortium, Co-Chair of Tennessee’s Cyber Security Council, membership on the Tennessee Homeland Security Council, the Nashville Joint Terrorism Task Force and a number of additional public safety organizations.  Mr. Sheehan advocated for and testified before Congress on behalf of 2018’s Disaster Recovery Reform Act, and has served as a panelist in a number of forums, including the Federal Communications Commission’s Roundtable on Emergency Alerting.

Since his arrival at TEMA, Mr. Sheehan has led the response and recovery efforts for the worst urban-wildland interface fire in Tennessee history.  During the 2017 hurricane season, he led the effort for the largest mobilization of the Emergency Management Assistance Compact (EMAC) in Tennessee history to deploy resources to Texas, Florida, Puerto Rico and the U.S. Virgin Islands. In the 2018 response to Hurricane Florence, Tennessee represented more than one in five of those deployed to support the Carolinas. In 2019 Mr. Sheehan coordinated Tennessee’s statewide response to storms and flooding on behalf of Governor Bill Lee.  A

Mr. Sheehan is originally from Kennesaw, Georgia and earned a Bachelor of Business Administration degree from Kennesaw State University and is a graduate of the U.S. Army’s Chemical School, the Toxic Agent Training Course at the Chemical Defense Training Facility, and the U.S. Army Airborne School.  Mr. Sheehan is a Certified Emergency Manager,  a graduate of the prestigious Executive Leadership Program offered by the U.S. Naval Postgraduate School/Center for Homeland Defense and Security where he was a part of cohort 1602, and was a member of the Tennessee Government Executive Institute’s 2018 class.