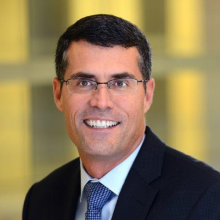 Paul Bakus is President of Nestlé Corporate Affairs, based in Washington, D.C. Nestlé is the world's largest food and beverage company, with more than $25 billion in U.S. sales and 50,000 U.S. employees. Nestlé sells a wide range of leading brands in the U.S., including Nestlé Pure Life®, Gerber®, Nescafé, Stouffer’s®, Friskies®, Lean Cuisine®, Coffee-mate®, Perrier® and Nespresso®.

Paul leads Nestlé’s Washington, D.C. office, working with leaders that affect legislation, regulation and public opinion. In this role, he is also responsible for driving Nestlé's nutrition, health and wellness strategy in the U.S. In line with Nestlé’s “Good Food, Good Life” promise, the company aims to lead industry efforts to help ensure consumers everywhere have access to foods and beverages and information that promote health and personal wellness. For example, the company recently committed to significant reductions of sodium, sugar and saturated fat across its portfolio.

Paul started his 26-year Nestlé career in PetCare, marketing the Fancy Feast® brand. He then moved into various marketing roles with Stouffer's and Lean Cuisine, based in Solon, OH. In 2003, he was named Vice President Operations Zone Americas at Nestlé's corporate headquarters in Switzerland, reporting to Paul Bulcke, who is now global CEO for Nestlé, S.A. He was later promoted to General Manager of the Nestlé Baking Division and then served as President of the Nestlé Pizza Division before moving into his current position in January 2014.

Paul serves on the board of the American Frozen Food Institute and is a participant in the Institute of Medicine’s Roundtable on Obesity Solutions.

Paul is a native Californian who earned a Bachelor of Science from the University of Southern California.