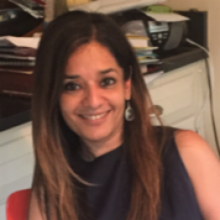 Since joining the Bank Group in 1998 through the Young Professionals program, Priya has held various positions, most recently, Manager in the Development Finance Vice-Presidency, where she designed and managed a US$21 billion portfolio of innovative, multi-donor partnership funds to address global priorities such as food security, climate change, refugees and pandemic threats.

Prior to that, as Lead Economist in the Bank’s South Asia Region, Priya and her team reshaped the Bank’s finance and private sector engagement strategy for India and built up a multi-billion-dollar lending and advisory program, with a focus on SMEs and financial inclusion for the underserved.

Priya has also served as economist in the Bank’s Europe and Central Asia Region, where she worked on bank restructuring in Russia in the aftermath of the GKO crisis, and in the Finance and Private Sector Vice-Presidency, where she worked on Indonesia’s banking and financial sector restructuring program in the aftermath of the 1997 East Asian crisis.

Prior to joining the Bank, Priya worked for an investment bank in London. She has previously held the positions of economist at the International Monetary Fund, economist at the Asian Development Bank in Manila, and economic affairs officer at UNCTAD and ILO in Geneva.

Priya has focused her career on developing and implementing innovative solutions to some of the most pressing development challenges of our time.