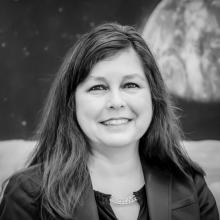 Romelia Flores is one of IBM’s top 500 technical executives, earning the titles of IBM Distinguished Engineer in 2008 and IBM Master Inventor in 2009. She has collaborated with some of IBM’s largest clients around technology innovation, and holds 24 patents with an additional 26 patents pending. Romelia was named 2015 Dallas Metroplex’s Inventor Tech Titan Finalist and 2015 Latina Style Magazine Top 10 Executives of the Year.