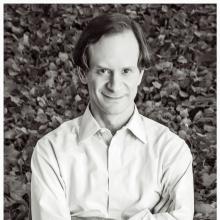 More than 30 years ago while attending Penn State, Stu began delivering weather forecasts to the public, via radio stations served by the university's Campus Weather Service.

Upon receiving his B.S. in Meteorology, his professional career began at Accu-Weather as a Forecaster, then a Senior Forecaster. His responsibilities included delivering weather forecasts on radio stations, as well as providing predictions to clients in the television, utility, and ski industries.

Since 1989 Stu has been with The Weather Channel and his duties as Senior Director of Weather Communications and Senior Meteorologist include leading TWC's team of weather experts, serving as a meteorological advisor for shows such as "Storm Stories," and being the lead forecasting consultant for deploying live field crews. Stu posts frequent weather updates and insights for his many followers of his Facebook fan page.

An additional focus of his in recent years has been identifying connections between global climate change and smaller-scale weather patterns.

Stu has helped develop content for The Weather Channel preparedness initiative WeatherREADY and content for numerous other projects. He has given many talks to the public, TV meteorologists, other scientists, and emergency managers. An additional focus of his in recent years has been identifying connections between global climate change and smaller-scale weather patterns

September 12 - 1:30 pm to 2:00 pm
This form needs Javascript to display, which your browser doesn't support. Sign up here instead