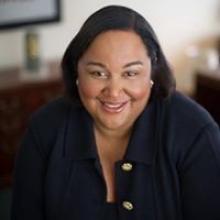 Tanya Leah Lombard is a widely respected government relations and public policy executive with decades of professional experience and leadership in government and the private sector. Ms. Lombard currently serves as the Head of Multicultural Engagement and Strategic Alliances at AT&T. Her core areas of responsibility focus on creating, promoting and managing the company’s brand messaging to minority communities and women through the development and stewardship of tactical community-based relations, strategic policy initiatives and special projects. Ms. Lombard is a native of New Orleans and is recognized as a confidante to leaders at the highest levels of government, business, entertainment, national, civic and professional organizations.

During President Clinton's administration, Ms. Lombard had the honor to serve as Special Assistant to the President and Director of Political Affairs. In this capacity, Ms. Lombard advised the President, Vice President, First Lady and senior White House officials on the national political climate in the United States and abroad.

Ms. Lombard is active in several professional and civic leadership organizations. She currently serves on the NAACP Foundation Board, and the Board of Directors for the National Action Network, ColorComm, National Coalition on Black Civic Participation and the Washington Tennis & Education Foundation.

Ms. Lombard earned a Bachelor of Arts degree from Xavier University, and is a former elected official in Louisiana, serving on the Democratic State Central Committee and Orleans Parish Democratic Executive Committee.