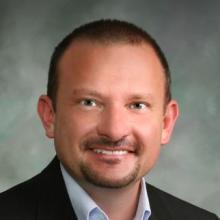 As senior vice president of C_TEC (Chamber Technology Engagement Center) at the U.S. Chamber of Commerce, Tim Day highlights the role of technology in our economy and advocates for emerging technology. He is also responsible for championing rational policy solutions that spur innovation and create jobs.

Day has a proven track record of advancing important technology issues through the legislative process. He joined the Chamber from Teradata Corporation, where as vice president of government affairs he coordinated and developed public policy advocacy agendas and communicated with key federal, state, and international government decision makers.

Day has extensive management experience in the federal government and high-tech government affairs. He has been a speaker at various seminars and symposiums on Capitol Hill, at state capitals, as well as at the John F. Kennedy School of Government at Harvard University.

Day earned a bachelor’s degree from Cedarville University in Ohio in 1987. He serves on the board of advisors for the Data Coalition, a Washington, D.C.-based coalition that advocates on behalf of the private sector and the public interest for publishing government information as standardized, machine-readable data. In 1998, Day was accepted as a delegate to the American Council of Young Political Leaders. He resides in Alexandria, Virginia.