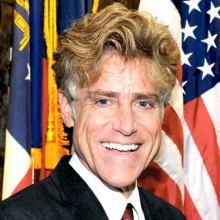 Tim Keane was appointed Director of Planning and Community Development for the City of Atlanta by Mayor Kasim Reed - July, 2015.   In this role, Tim is responsible for Atlanta’s Offices of Planning, Housing and Buildings.    Mayor Reed has charged Tim with enabling high quality, sustainable, equitable growth and development of Atlanta.

A new Atlantan by way of Charleston, South Carolina, Tim spent a total of 11 years working for Mayor Joseph P. Riley, Jr. running the City’s planning department.   This included preservation, sustainability, urban design, planning and code enforcement.  Tim was also catalyst for many projects and initiatives for Mayor Riley while in Charleston - including the Gentrification Task Force, Operation Neighborhood, and Tourism Management.  He also orchestrated plans for downtown Charleston and the suburbs.

Prior to his time in Charleston, Tim served as the first planning director in the town of Davidson, North Carolina.  Under his leadership, Davidson was at the forefront of design-based planning and form-based codes.   Tim also spent five years in the private sector working on the design of urban neighborhoods, blocks and streets for several private developers.  He has an undergraduate degree in Planning and a graduate degree in Architecture from the University of North Carolina – Charlotte; and was a Knight Fellow at the University of Miami, School of Architecture.