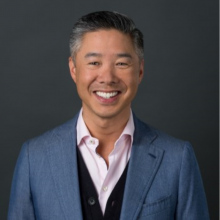 Wei-Li Chong is a leader with nearly 25 years of successfully helping companies maximize their talent, teams and business performance. He is currently the President of KinderCare, the nation’s largest provider of childcare and early learning with more than 1,400 locations in 40 states across the United States. Wei-Li joined KinderCare as the Chief Human Resources Officer to lead a cultural transformation which has been credited as a major reason the company went from 14 quarters of consecutive decline to more than 23 quarters of consecutive growth. Wei-Li moved into an operations role in 2015 and was named President in 2017. Today, KinderCare is the most accredited provider of childcare/early learning in the country with a disciplined approach to measuring the development and growth of young children (under the age of six). They are also the only company in the industry using a science-based approach to building long lasting emotional connections between their 30,000 employees, 200,000 families and 400 corporate clients.

Prior to KinderCare, Wei-Li held multiple leadership positions with companies in the retail industry. He is considered an expert in multi-unit management and building high performing engaged teams. He is known as a champion for children, young adults and the changes organizations need to make to better embrace the demands of today’s workforce. He is sought after as a speaker and subject matter expert in leadership principles, engagement and work-life integration.

Wei-Li lives in Portland, Oregon with his wife and 2 children.