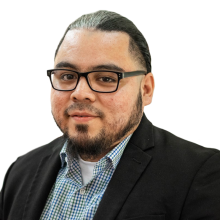 Will Avila grew up in violence, joined a gang in early adulthood to find a family, and ultimately ended up waived up to the adult prison system at 16. After spending the next 10 years in and out of prison and experiencing homelessness and joblessness, in 2014 he founded Clean Decisions, a general labor services firm owned and solely operated by returning citizens.

Clean Decisions now employs 20 returning citizens. Clean Decisions, since 2014, has less than 5% recidivism rate. Having helped numerous previous staff move on to career roles, but in order to scale opportunity for returning citizens Will also founded Changing Perceptions in 2015, a non-profit that supports individuals coming out of incarceration to launch their own businesses or build toward a career path. They do this through creating family like atmosphere, housing and peer navigation to help returning citizens successfully transition into society.