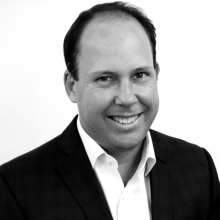 Zack co-founded SBP in 2006 after Hurricane Katrina. He plays a direct role in the advisement of local and state government officials to help create long-term recovery programs.

Zack has been featured in Newsweek, US News and World Report, Politico, WSJ and Washington Post and has been recognized as New Orleanian of the Year and Mid-Atlantic Innocence Project Champion of Justice, and received the Manhattan Institute Social Innovation Award.

Before founding SBP, Zack was an E. Barrett Prettyman Teaching Fellow at the Georgetown University Law Center and he ran a criminal defense practice in Washington, DC.

Zack received a B.A. from Ohio Wesleyan University and a J.D. from the American University Washington School of Law and holds an Honorary Doctorate from Muhlenberg College and distinguished alumnus award from Washington College of Law.