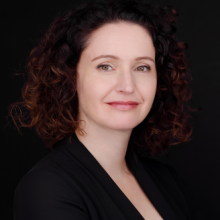 Brenna Berman serves as CEO & Executive Director of City Tech. Prior to joining City Tech, Brenna served in Chicago Mayor Rahm Emanuel’s administration, which she joined in 2011. She served

as the Chief Information Officer for the City and Commissioner for the Department of Innovation & Technology (DoIT) from 2012 to 2017. In that time, she focused on transforming the team at DoIT to provide the skills and expertise to implement the Mayor’s vision of data-driven resident services and of a more efficient, effective, and innovative City government. This meant adding new skills to the team to increase the focus on software engineering and analytics, improving the department’s commercial partnerships to drive savings for the City, and identifying ground-breaking civic partnerships.

During her tenure as CIO, Brenna delivered on the Mayor’s commitment to a robust open data program, integrated advanced analytics into many city departments, drove IoT innovation for the City through unique partnerships at City Tech and the founding of the Midwest IoT Council, and, in partnership with the University of Chicago, realized the vision of urban-scale sensing with the Array of Things.

Prior to joining the Emanuel Administration, Brenna built a career promoting government innovation over 10 years at IBM, where she worked closely with government agencies in cities and countries across the world to leverage technology and analytics to improve the services they provide to their residents. She advised governments on a variety of issues, from targeting personalized services through analytics to normalizing program offerings to simplify the delivery process and make them understandable to residents. Throughout her time at IBM, Brenna tailored cutting-edge business and data models, from processes to analytic algorithms for large government organizations in order to accelerate their own modernization efforts.

Brenna earned her bachelor's degree and master's degree in Public Policy from the University of Chicago.