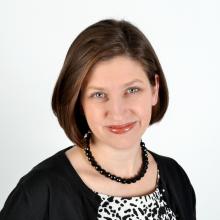 Jennifer Nycz-Conner is the Editor-at-Large and a columnist for the Washington Business Journal, a business weekly in the Washington, D.C. region. Her award-winning weekly column, “Working the Room,” chronicles office life and the after-hours networking adventures of some of Washington’s top business leaders. She also frequently serves as a moderator for Washington business events.

As Editor-at-Large, she helps create content through events, video and online. She also recently served as the morning drive money news anchor on WTOP 103.5 FM.

Before joining the Washington Business Journal, Jen served as the executive director of Women in Film & Video of Washington, D.C., a non-profit organization dedicated to advancing the role of women in the film, television and media industries. She also worked in television production and show development for ProServ, which eventually became part of Clear Channel Entertainment.

She started her career working on television productions, including projects with HBO Sports, “The McLaughlin Group” and commercials, music videos and documentaries. She holds a B.S. and an M.S. from the Newhouse School of Public Communications at Syracuse University.